Professional surfer Bethany Hamilton became a public figure at the age of 13 when, as a promising amateur, she had her left arm bitten off by a shark off the coast of Hawaii. She was back in the water within a month; a memoir soon followed, then a film adaptation and string of television appearances. She’s also had a successful and lucrative surfing career, gotten married, and given birth to a son. At 26, she simultaneously embodies the narratives of Inspirational Come-Back Kid and the Woman Who Truly Has It All. On Monday, 13 years after the attack, she wrote a long social media photo caption crediting her strength to her family and her Christian faith.

“It’s true overcoming challenges can make us stronger,” Hamilton wrote under an image of her holding a surfboard on a rocky beach. “We can adapt and thrive beyond our imagination in this challenging world; and be a hope to others in their challenges! This may sound cheesy but these actions make me smile.”

Hamilton, who lives in Hawaii, also cited her community and her passion for surfing as helping her thrive after “life with one arm began.” Her faith in particular has been a prominent factor in her story. The non-profit foundation Friends of Bethany Hamilton (started by, as you may have guessed, the friends of Bethany Hamilton) focuses on spreading messages of Christianity, particularly to youth and amputees, through inspirational stories like Hamilton’s; her husband, whom she married in 2013, is a minister.

“So many doubts, fears and unknowns flooded my world,” Hamilton wrote. “But the hope I found as a Christian led me to overcome.”

In May, Hamilton placed 3rd in the World Surf Leagues’ Fiji Women’s Pro. A documentary of her surfing abilities, “Surfs Like A Girl,” will premier in the spring of 2017. 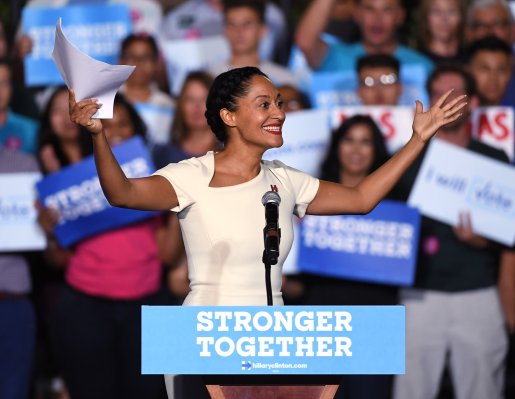