Chicago Cubs' Addison Russell watches his grand slam against the Cleveland Indians during the third inning of Game 6 of the Major League Baseball World Series, on Nov. 1, 2016, in Cleveland.
Charlie Riedel—AP
By Jeffrey Kluger

There may be nothing in the world that brings out the weird in human beings more than sports; and there may be nothing that brings out the weird in sports more than baseball. Sportswriters never tire of rhapsodizing about baseball and its charms: it’s the game of summer evenings, of hope and heartbreak, of Kevin Costner tearing up a cornfield for some unfathomable reason that makes grown men cry. Yes, there’s all that—this year especially, when the World Series is coming down to a seventh game between the Cleveland Indians and the Chicago Cubs, two teams that have gone a shared 176 years without a championship.

But it’s also a game of superstitions and lucky charms and a sort of magical madness that seizes both fans and players. There are the pitchers who won’t change their game socks as long as they’re on a winning streak and the batters who must step back and forth three times across the chalk line before they will step up to the plate—to say nothing of the fans who must sit in the exact same seat every game and eat the exact same food in the exact same inning, lest the tumblers of cause and effect fall the wrong way and their behavior cost the team a win.

My friend Wayne once watched most of a playoff game on TV with his hand inside a half-empty bag of potato chips, because he had happened to reach in at the precise moment our team—the Baltimore Orioles—hit a go-ahead home run. To move so much as an inch now would wreck the enchantment. And if you don’t belief that that made a difference, consider this: that year, the Orioles went on to win the World Series. QED baby, QED.

OK, it does not need to be said that for every charm that does work, there’s another charm that doesn’t—and that somewhere in the opposing team’s city there was another poor sap who kept his hand in a potato chip bag too and got nothing for it but crumbs. Baseball isn’t magic; it’s strategy and randomness and no small amount of physics.

And yet if there is any room for sorcery in the sport at all, it might, paradoxically, be the physics part that opens the door, at least in one way: if you don’t watch a game and your team loses, the blame could, in theory, be yours.

The laws of physics, as most people know, come in a sort of plain and peanut variety. There’s regular physics—the stuff of falling apples and weights and masses and, for that matter, bats hitting baseballs. And then there’s quantum physics—the stuff of superposition and complex wave function and the entanglement of particles that even Einstein once referred to as “spooky action at a distance.” Not much here that should concern the Cubs and Indians. But then there’s the so-called observer effect.

That straightforwardly named phenomenon is the one that posits that the mere act of observing an event can change or even determine the outcome—the best known example of which is Schrödinger and his celebrated cat. In 1935, Austrian physicist Erwin Schrödinger, endeavoring to explain the observer phenomenon, dreamed up by a thought experiment in which a cat is locked inside a box with a vial of poison. The random decay of an atom either will or won’t cause a hammer to break the capsule and release the poison meaning that the cat either will or won’t be dead when you open the box. Until such time as you do open it, however, the cat will be both alive and dead. Peeking inside doesn’t reveal the result, it causes the result.

There may be no way of actually confirming the cat experiment—or at least not one that won’t get you in hot water with PETA; but there is a way to test the observer phenomenon as a whole, and indeed it has been tested and proven. In multiple studies, researchers have fired individual particles like photons at a barrier with two slits in it. When the process is observed, each particle goes through only one slit or the other. When it is not observed, however, the single particle goes through both slits at once producing a telltale interference pattern on a backstop.

What’s true for observed particles may be true for observed people, and it may be true too for the cosmos as a whole. “Without introducing an observer, we have a dead universe, which does not evolve in time,” wrote the celebrated Stanford University physicist Andrei Linde in his 2015 paper, Universe, Life, Consciousness. “Is it not possible that consciousness, like space-time, has its own intrinsic degrees of freedom, and that neglecting these will lead to a description of the universe that is fundamentally incomplete?”

If Linde is right, if the act of observation can change the direction of the entire universe, surely it can help determine whether the Cubs’ Kris Bryant connects on a 3-2 changeup against the Indians’ Corey Kluber with two men on. As of this uncertain moment, the outcome of the seventh game of the 2016 Series is unknown. Full disclosure, I’ll be rooting for Bryant and the rest of the Cubbies—and I’ll be watching every pitch. Just to be safe, I may also buy my friend Wayne a bag of chips; he’ll know what to do with them. 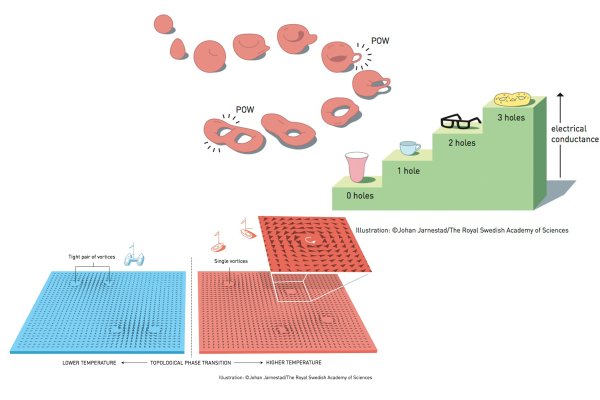 Why 'Exotic Matter' Matters—and Won the Nobel Prize in Physics
Next Up: Editor's Pick