Lord Ashcroft: Donald Trump Is Like Brexit In 3 Key Ways

Ideas
By Michael Ashcroft
Lord Ashcroft is a businessman, philanthropist and pollster who served as deputy chairman of the Conservative Party in the United Kingdom from 2005–2010.

“BEYOND BREXIT!” “Brexit plus!” “Brexit times ten!” Throughout his presidential run Donald Trump has claimed the mantle of the campaign that mobilized popular discontent to defy the odds and take the UK out of the European Union in June’s referendum.

And with some justification. For the last seven weeks my polling team has conducted focus groups around the U.S. for my Ashcroft In America project, and the first things to strike us were the echoes from the polling on the British referendum that occupied the first half of our year. There are three essential parallels.

First, the Trump and Brexit movements have both harnessed a desire for change that goes beyond dry questions of policy. The debate in Britain was about more than the technicalities of the UK’s relationship with its neighboring states. As I found in my post-vote poll, Leave voters thought life was getting worse for people like them, were suspicious of globalization and unhappy with the level of immigration and saw more threats than opportunities in the way society and the economy were changing. The crossover with Trump’s appeal is obvious.

Second, voters are having to decide how much risk they are prepared to take in return for the change they hope for, with consequences that are unknowable. British voters were frustrated by the absence of “facts” to guide their decision, eventually deciding that the UK was strong enough to prosper independently, that they were prepared to take an economic hit as the price of taking back control, or that things were already so bad that they had nothing to lose. Here, many Trump-tempted voters see Hillary Clinton as a continuation of a status quo from which they have little to gain, but worry that in blowing up the system her opponent might give them more change than they had bargained for. (Another war, for example.)

Third, many in the British political and media establishment completely failed to understand that reasonable people might vote for Brexit. There was an assumption in certain circles that anyone wishing to leave the EU must be stupid, ignorant, prejudiced or mad. This only galvanized Leave supporters, reinforcing their perception of an out-of-touch governing élite which looked down on people like them.

Moreover, the Leave vote did not simply comprise the downtrodden and the disgruntled, but many who were educated, optimistic, and made their decision after a hard-headed look at the risks. By the same token, we have spoken to many thoughtful Republicans who are only too aware of Trump’s flaws and wish they had a better candidate to vote for, but for whom some things, not least the future of the Supreme Court, are simply too important to leave to Clinton. Theirs is a considered choice, often made after some agonizing—it is not a howl at the moon.

The notion that only a lunatic would vote for Brexit led the Remain campaign to overplay its hand: its warnings of economic, political and even military catastrophe became so overblown that voters simply started to laugh them off. Something of the same thing can be seen here. The main consequence of Clinton’s memorable description of Trump supporters as a “basket of deplorables” has been the spawning of the “Proud To Be A Deplorable” T-shirt industry. Meanwhile, the media Trump-shaming has not made any of his backers in our focus groups less determined to vote for him—only, perhaps, reluctant to admit their affiliation to friends and colleagues. And if Trump sometimes says things that cannot be, shall we say, empirically verified—well, for eight years they have been governed by a nice, reasonable, thoroughly fact-checked politician, and where has that got them?

The Trump-Brexit parallels are not exact. The election is a choice of personalities, and in that sense the consequence of a vote for change is clear: Donald Trump in the White House, the Oval Office, the Situation Room. And unlike Brexit, a Trump presidency would not mean a fundamental change in the way the country is governed. Some referendum voters worried that leaving the EU would remove an important check on what future British governments could do to them, but as reluctant Trumpers sometimes point out in our groups, at least Congress will still be there to restrain him. (On the other hand, when the Remain campaign raised the prospect of World War Three, they were roundly and rightly mocked; here, voters raise it themselves.)

Another difference is that in the UK, Brexit was not a partisan issue: both campaigns had supporters from all parties, and the ruling Conservatives split in two, to the confusion of many voters. Here, the question at hand is of course bitterly partisan, with many motivated above all by dislike of the candidate they are voting against. We will have to wait another cycle, at least, to see how many Democrats would back a more appealing Republican, or vice versa.

Nevertheless, it is clear that Trump and Brexit have much in common—and that the phenomenon is not confined to our two countries. The forces that took Britain out of the EU and put the GOP nominee at the top of his ticket—all connected in some way to questions of identity and who has won and lost from globalization—are going to make themselves felt in next year’s elections in Germany, France and elsewhere, with consequences for the future of Europe and the international order that we cannot know. Whatever the result next Tuesday, Brexit and Trump are the opening chapters in a story whose denouement we have yet to see.

Meanwhile, one final lesson from the British experience: you don’t know the result until the votes are counted.

Lord Ashcroft is a businessman, philanthropist and pollster. His weekly Ashcroft In America podcast is available for free at iTunes. 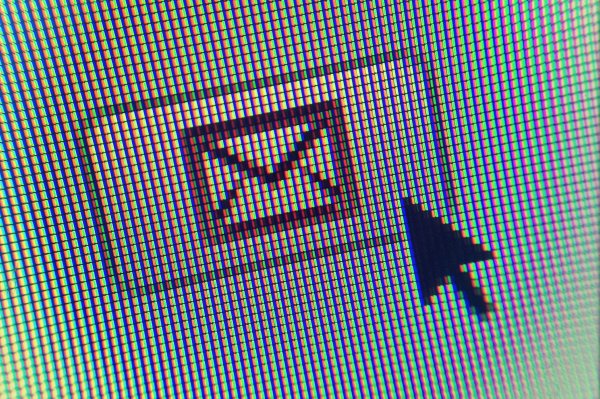