How the India-Pakistan Conflict Ruined a Wedding

Sarah Munir is a freelance journalist

Purvi Thacker is a freelance journalist

Getting married without your maid of honor is a mishap that no bride should have to account for. Unfortunately when you are born on different sides of a contentious border, one that is constantly sparring like a pair of siblings, sometimes you don’t have a choice.

An Indian and a Pakistani being best friends in a metropolitan hub like New York City was never viewed as an anomaly—diversity is worn like a badge of honor. But the situation is completely different every time we try to plan a trip to each other’s home countries. Aside from the mountain of paperwork, endless calls to public officials for favors, countless follow-up emails that usually go unanswered, it’s the gripping anxiety for months that sucks out the simple joy of showing your best friend the childhood home you grew up in. Or having her by your side on the day you walk down the aisle with the love of your life.

We’ve been best friends for more than five years now. We met at Columbia Journalism School where we were both enrolled in the graduate program. We knew a day would come when we would attend each other’s weddings.

Purvi’s getting married in India in December, and Sarah’s the maid of honor. We planned and executed the visa application process well in advance. The application asked for sponsorship certificates and letters, identity cards and even names and professions of grandparents. The details are precise, and we provided them after cross checking with families.

So it was especially heart-wrenching when the visa was denied. Five years of shared stories, common interests, mutual passions, familial visits and disheartening moments of sorrows and joys were reduced to rubble because of a stamp on a piece of paper which read “Visa Denied.” We weren’t given a reason, so it’s likely we’ll never know why we were denied. But it’s possible we wouldn’t have had this issue if it weren’t for the current state of affairs between our two countries.

India and Pakistan have been at loggerheads since the Partition in 1947, and tensions escalate every couple of years over a chunk of disputed land or cross-border terrorism acts, resulting in a loss of life in both countries. Both countries play mindless blame games, where no one emerges a winner. TV channels dedicate hours of coverage playing up one side against the other, and it often becomes a competition where it is impossible to separate fact from fiction.

We are living in times when there is no greater need for countries and leaders to open hearts and borders—we have seen this with the refugee crisis and the vile rhetoric we are witnessing in this current U.S. election season. It almost seems that the only porous and accepting space in this challenging climate is the Internet and the virtual world.

As soon as we shared our story on social media, we received prayers, love, messages of support and offers to help. Our tweets and posts soon became viral, and friends, teachers, colleagues and, most important, complete strangers volunteered to #GetSarahToIndia. Some suggested starting a petition, which we haven’t done.

While we do not disrespect or dismiss the burden of our shared political history, we believe that many of our fellow citizens, on both sides, are willing to rise above construct of divided nationalities and put real human emotions at the forefront. It would be naïve for us to propose simplistic solutions to our complex historical baggage, but as journalists who strongly believe in the power of storytelling, we believe that each person who challenges the existing status quo can help write a new end for this tragic narrative. 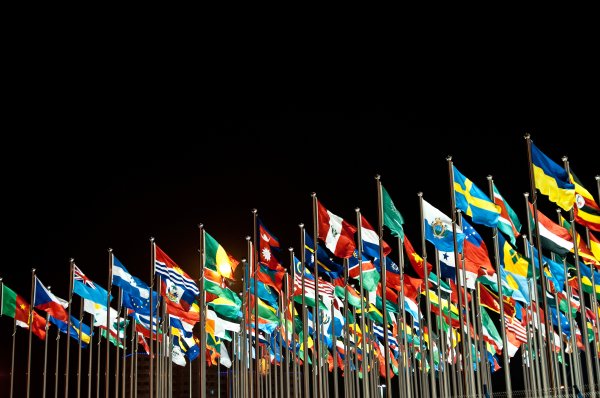