Louis C.K. doesn’t think Hillary Clinton is the lesser of two evils. He believes she’s the strongest candidate for the job.

During an interview on Tuesday night’s Conan, the 49-year-old comedian voiced his views on the election to O’Brien.

Louis, who is known for his material on inept parenting, went on to explain why he feels mothers are better caretakers than fathers. He then launched into a monologue about why a U.S. President has to be able to endure critics.

After touching on the investigation of Clinton’s e-mails and the question of whether she’s likable, he divided voters into three categories.

He’s far from the first comedian or public figure to criticize Trump, and has previously compared him to Hitler. 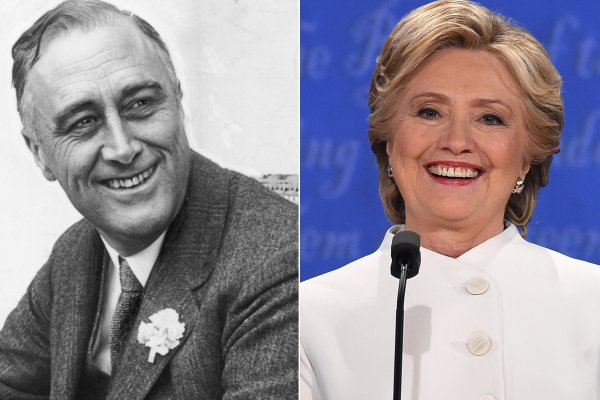 FDR's Grandson: 'Hillary Clinton Is a True Leader, Donald Trump Is Not'
Next Up: Editor's Pick