The Republican presidential nominee leads his Democratic rival on honesty and trustworthiness by eight points in a Washington Post-ABC News poll, which found 46% of likely voters saying Trump is more honest and deserving of trust.

That’s considered a wide lead for Trump since the two White House hopefuls were tied on the same question the last time a Post-ABC poll asked voters in September. The poll comes after the FBI reopened an investigation into Clinton’s private email server, having found more emails on the private computer of senior aide Huma Abedin.

The same poll, conducted Friday through Sunday, found Trump and Clinton neck-and-neck in overall voter preferences, with 46% of those surveyed saying they support Clinton and 46% backing Trump.

However, polls of polls still give Clinton a slight lead over Trump nationally. The RealClear Politics polling average for Oct. 22 to Nov. 1 shows Clinton ahead by a margin of 1.7 percentage points, with 47.2% support.

The latest Post-ABC survey interviewed 1,773 people and has a margin of error of plus or minus 2.5 points. 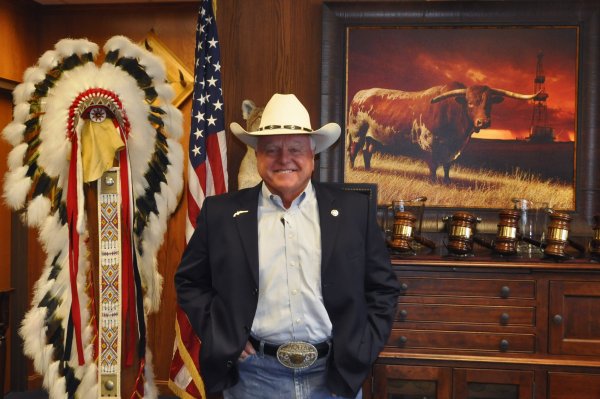