Arianna Huffington Shares Her Recipe for a Productive Workforce

Arianna Huffington’s newest endeavor is based on a simple premise: a happy, rested worker is a better worker. And she says she’s got the numbers to prove it.

Huffington was interviewed by University of Southern California professor David Agus during a dinner session at Fortune’s inaugural Brainstorm Health conference. The pair discussed the former Huffington Post editor-in-chief’s new corporate wellness outfit, Thrive Global, and its mission to teach consumers and corporations alike how to effectively promote well-being by reducing stress and exhaustion. The firm closed a Series A funding round led by Lerer Hippeau Ventures in August.

There’s some disagreement about whether corporate wellness programs, in their current iterations, are actually all that effective. But Huffington’s approach is far more simple than many of those ventures. She argues that getting seven to nine hours of sleep per night, spending less time obsessing over tech gadgets like smartphones, and overall looking out for one’s general happiness is a savvy business move that empirically improves productivity.

For instance, Huffington told Agus, one of her biggest role models is health insurance giant Aetna AET -1.43% CEO (and Thrive board member) Mark Bertolini. “He’s done amazing work in this field,” she said, describing how Bertolini transformed his life after facing a major skiing injury and subsequently getting addicted to painkillers.

Bertolini began pursuing alternative methods like yoga and acupuncture to deal with his pain, and then extended—and promoted—many of those practices to his 49,000 employees

“And then he brought in Duke University to measure the impact. And in the first year, they found a 7% reduction in health care costs and a 62-minute improvement in productivity,” said Huffington. “That was really game-changing, and a lot of companies paid attention.”

Bertolini went even further than that, though, introducing an opt-in cash incentive program where his firm would pay $300 to workers who attested that they got seven or more hours of sleep for 20 nights a month.

“What I’ve heard more about when we talk to the [Aetna] employees is not the $300,” said Huffington. “It was the fact that the CEO of the company was telling them that getting enough sleep was good for the bottom line of Aetna, that there was no trade-off between the two.”

Among other initiatives, Huffington also promoted a “smartphone bed” that’s meant to help teach kids and teens to unplug themselves from social media and the Internet before going to sleep. 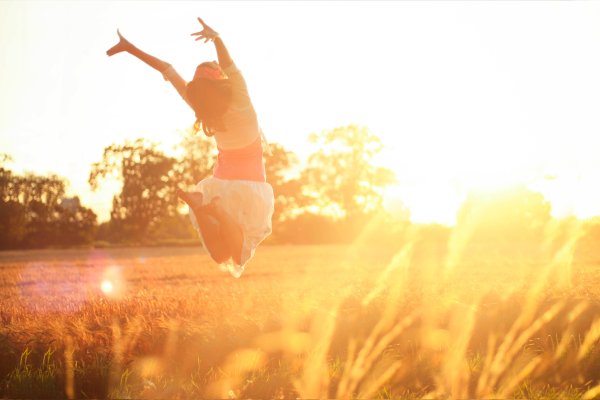 The Ultimate Strategy to Get Off Work Early on Fridays
Next Up: Editor's Pick