A view of the remains of the Temple of Baalshamin, which was destroyed by the Islamic State in 2015, in the ancient city of Palmyra, Syria, on March 31, 2016
Joseph Eid—AFP/Getty Images
By Tekendra Parmar

The Louvre Museum in Paris could become the new home of the world’s foremost treasures rescued from war zones such as Syria and Iraq.

According to the Guardian, French President François Hollande announced the offer at a ceremonial unveiling of a plaque for the Louvre’s new Liévin building in northern France — which is set to open in 2019.

“The principle role of the Liévin site will be to house the Louvre Museum’s stored collection … but it could have another role, sadly linked to the events, dramas, tragedies that we see in the world,” said Hollande.

Hollande said he would broach the idea at a conference on endangered heritage in Abu Dhabi in December.

In July, the Committee for Cultural Policy announced a French-led initiative to establish an “international action plan to address the effects of terrorism on culture,” by specifically discussing antiquities trafficking, housing endangered cultural property as “refugees” by other states and preserving the memory of destroyed sites.

The Islamic State (ISIS) has repeatedly targeted and destroyed ancient cultural sites. Among them, the 1,900-year-old Phoenician Temple of Baalshamin in Syria, the UNESCO World Heritage–listed Arch of Triumph in the ancient Syrian city of Palmyra, and parts of the ancient city of Nimrud, which dates back to the 13th century, in Iraq.

In September, the International Criminal Court sentenced Islamic militant Ahmad al-Faqi al-Mahdi to nine years in prison for destroying the shrines of Timbuktu in Mali in the first-ever case of a suspect charged with war crimes against a World Heritage site. 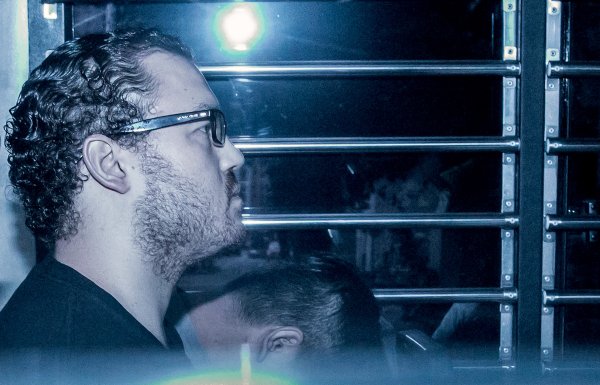