A boiling pot of global conditions, like ubiquitous travel and the growing populations of developing cities, have led to an outbreak of pandemics like Ebola, Zika, SARs, and even the flu over the past decade.

But while the global health industry and national governments and regulators have made a lot of progress, there’s still much more that these groups can do together to better plan, fund, and organize the battle against emerging pandemics, said a group of experts at Fortune’s Brainstorm Health conference in San Diego, Calif. on Tuesday night.

Once an outbreak occurs, the response is all about speed, said Bruce Gellin, director of the U.S. National Vaccine Program Office.

But the focus on a rapid response belies the need to invest much more in preventing pandemics. “We need a new model, because the one we have now isn’t working,” said Gellin.

Companies and regulators need to better understand the evolution of viruses, and which parts of the viruses are not as variable, said Gellin. The work on flu vaccines, for example, historically began with eggs, and “we’re still making them much the same way,” he said.

Michael Osterholm, director for the Center for Infectious Disease Research and Policy at the University of Minnesota, said there needs to be better systems in place to measure and monitor safety in pandemics. “That’s where big data can be great,” he said.

There also needs to be better anticipation of where and how pandemics occur, said Osterholm. “We can’t go from crisis to crisis,” he said. “We could have anticipated Zika.”

While that’s much faster than the traditional process, the world had moved on to Zika and other pressing pandemics by the time the vaccine made it to trials. The process left GlaxoSmithKline vulnerable to significant financial exposure, with a half-baked vaccine and enormous expenses, said Slaoui.

The pharmaceutical giant exec said there needs to be a better way for companies to get involved working on how to “save the world” in these pressing situations. Right now, building vaccines against pandemics is like getting car insurance while you’re already in a car accident, said Slaoui. 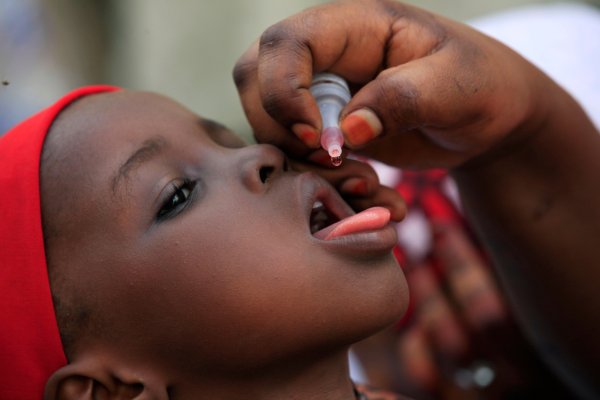 Why the Return of Polio to Nigeria is Such Bad News
Next Up: Editor's Pick