The Obamas have given the public a first glimpse of the private areas on the second floor of the White House that the family has called home for nearly eight years.

An exclusive set of photos published Tuesday by Architectural Digest reveals the Yellow Oval Room, the Treaty Room, where President Obama often retreats late at night, and the Old Family Dining room, where a colorful piece of artwork by Alma Thomas, the first African-American female artist to have her work displayed in the White House, has prominent placement.

The rooms were decorated by the Los Angeles-based interior designer Michael Smith, who was introduced to the family after the 2008 election. The First Lady said Smith managed to reflect her family’s tastes while respecting the history of the White House, the Associated Press reports.

The Architectural Digest issue with photos of President Obama and his family’s living quarters will appear on newsstands on Nov. 8, Election Day. 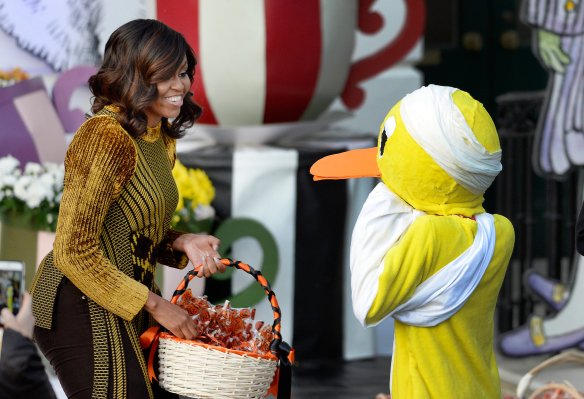