Ohio Gov. John Kasich on Monday voted for Arizona Sen. John McCain for president, writing in the 2008 Republican nominee on his absentee ballot.

Kasich, who ran against Trump in the Republican primary, had long declined to publicly endorse him for president. After a leaked recording featured Trump making lewd comments about women, Kasich said he would not be able to cast a vote for Trump privately either.

“Donald Trump is a man I cannot and should not support,” Kasich said in a statement last month. “The actions of the last day are disgusting, but that’s not why I reached this decision, it has been an accumulation of his words and actions that many have been warning about. I will not vote for a nominee who has behaved in a manner that reflects so poorly on our country.”

McCain is not one of the 18 certified write-in candidates in Ohio, which means Kasich’s vote for president will technically not count, Cleveland.com reported. 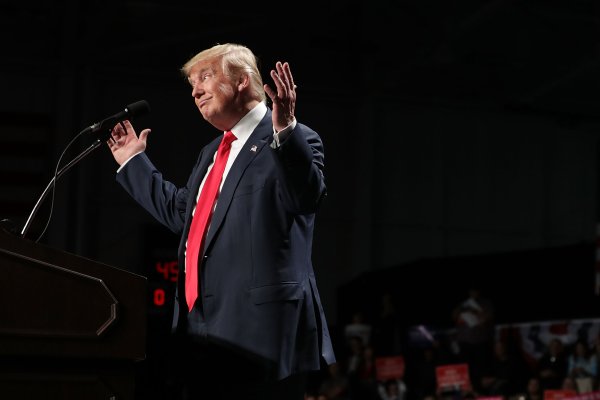