Canada will let 300,000 immigrants enter the country in 2017, keeping this year’s target the same despite recommendations for increasing the number to help economic growth.

Establishing 300,000 as the permanent target will “lay the foundation for future growth,” according to immigration minister John McCallum.

“I do believe it is true that more immigrants for Canada would be a good policy for demographic reasons,” McCallum said.

The majority of the immigrants allowed into Canada, which has a population of 35 million, will be economic immigrants, which include skilled workers, businesspeople and caregivers, the CBC reported. The number admitted next year under the economic category will increase to 172,500 from 160,000 this year. The government said the number of refugees will go down to 40,000 from 55,800.

“That number is a conceivable number for some date in the future, but certainly not for 2017,” he said. 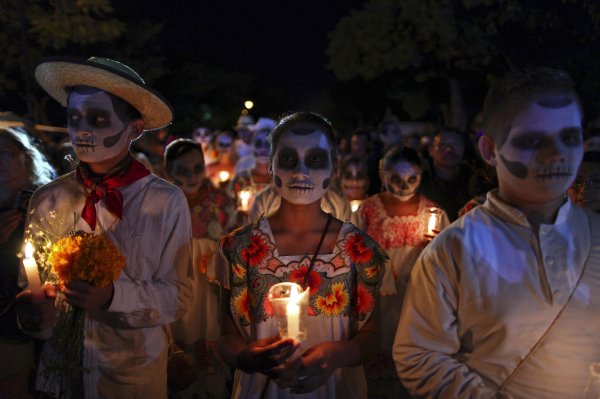 What to Know About Dia De Los Muertos 2016
Next Up: Editor's Pick