Today in unlikely Twitter beefs between politicians who may not be responsible for their own Twitter accounts, Senator Bernie Sanders, representative of birds and bros, criticized the Koch brothers with a combative tweet featuring a photoshopped picture.

The incident started out innocently enough when the Twitter account for Koch Industries tweeted out a photo of Charles Koch at his desk dressed up as the Star Wars villain Darth Vader for Halloween. The account captioned it “When you’re the only one in the office in a costume this morning. #HappyHalloween.”

With that, Bernie Sanders possibly expressed how he really felt about Charles Koch and Koch Industries and this Halloween costume choice by responding with a Star Wars-themed photo of his own and a fairly straightforward tweet that escalated things quickly.

This is another example of pop culture penetrating politics, this time Star Wars-style. 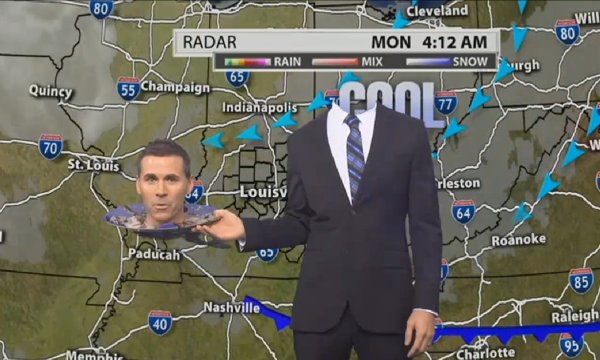 Watch This Kentucky Weatherman Make All of the Halloween Jokes
Next Up: Editor's Pick