Flags of Native American tribes from across the US and Canada line the entrance to a protest encampment near Cannon Ball, North Dakota where members of the Standing Rock Sioux Tribe and their supporters have gather to voice their opposition to the Dakota Access Pipeline, Sept. 3, 2016.
Robyn Beck—AFP/Getty Images
By Justin Worland

People around the globe are checking in on Facebook at the site of Dakota Access Pipeline protests in North Dakota, in an effort they hope will help protesters avoid detection by police.

The initiative spread like wildfire online Monday, with more than 100,000 Facebook check ins at the Standing Rock Indian Reservation. The reservation has a population of less than 10,000. And, while thousands of activists have descended on the site in recent months, the total number of protesters there is far below 100,000.

Protest leaders in North Dakota say they were surprised by the Facebook check-in effort, but they appreciate it.

“It’s nice to know folks out there understand,” says Tara Houska, a leader at the Native American environmental group Honor the Earth on the ground in North Dakota. “There’s incredible surveillance of the camps and we’ve seen the police response rapidly escalate to the now-militarized response to our protest.”

Protests over the Dakota Access Pipeline have drawn national headlines in recent months as activists have gathered in North Dakota in opposition to the 1,200-mile project, arguing that the project treads on the rights of the Standing Rock Sioux Tribe and will contribute to devastating climate change. The opposition has grown more heated as police cracked down with pepper spray, dogs, arrests and other controversial methods. 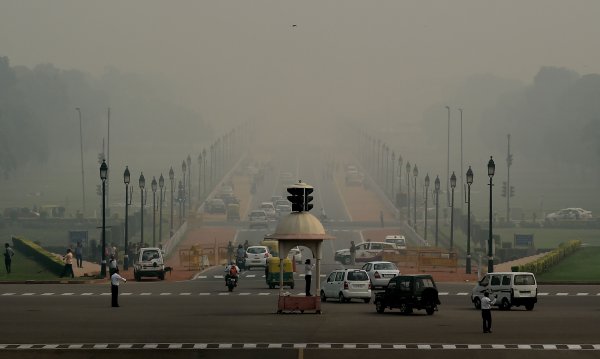