Hillary Clinton's Emailgate Is an Attack on Women

I am mad. I am mad because I am scared. And if you are a woman, you should be, too. Emailgate is a bitch hunt, but the target is not Hillary Clinton. It’s us.

The only reason the whole email flap has legs is because the candidate is female. Can you imagine this happening to a man? Clinton is guilty of SWF (Speaking While Female), and emailgate is just a reminder to us all that she has no business doing what she’s doing and must be punished, for the sake of all decent women everywhere. There is so much of that going around.

The people are demanding Clinton act like moral exemplars, thundering from the pulpit like Jonathan Edwards or Cotton Mather. But Donald Trump, Rudy Giuliani, Chris Christie, Newt Gingrich, Rush Limbaugh and their many conservative friends are not remotely Clinton’s moral superiors. They are simply bullies, using gender discrimination to give a veneer of plausibility to their accusations.

FBI Chief James Comey has shown himself to be another bully of the same kind. He has repeatedly talked down to Clinton, admonishing her as a bad parent would a 5-year-old. He has accused her of “poor judgment” and called her use of a private email server “extremely careless.” If Comey’s a Boy Scout, here’s one old lady who will never let him help her across the street.

If the candidate were male, there would be no scolding and no “scandal.” Those very ideas would be absurd. Men have a nearly absolute right to freedom of speech. In theory, so do women, but that, as the creationists like to say, is only a theory.

Clinton’s use of a personal server has not been found to be a crime. Then how is it that so many have found the charge so easy to make, and make stick? How has her use of the server made plausible all the claims that she is “deceptive” and “untrustworthy”?

It’s not about emails; it’s about public communication by a woman in general. Of course, in the year 2016, no one (probably not even The Donald) could make this argument explicitly. After all, he and his fellow Republicans are not waging a war on women. How do we know that? They have said so. And they’re men, so they must be telling the truth.

(How to tell the genders apart: men are truthful; women are liars. Now you know.)

But here’s Hillary Rodham Clinton, the very public stand-in for all bossy, uppity and ambitious women. Here are her emails. And since it’s a woman, doing what decent women should never do—engaging in high-level public communication—well, there must be something wrong with that, even if we can’t quite find that something. We will invoke the terminology of criminal law to account for our feelings. She’s getting away with treason! Put her in jail! We can’t quite put our fingers on it, but the words sure do make a lot of people feel better, so they must be right.

Clinton has repeatedly apologized, but apparently not enough for her accusers. In fact, her apologies were her only mistake. By apologizing she acknowledged guilt. But that’s what women are supposed to do (because women are always guilty of something). Several members of her own staff sent emails grumbling that she was a recalcitrant apologizer. But her instinct was right: apologizing has only made her weaker. Her opponent never apologizes, not really. So accusations slide off his back like water off a duck’s.

Imagine the emails the Trump campaign must be exchanging … Now those would be legitimately interesting! 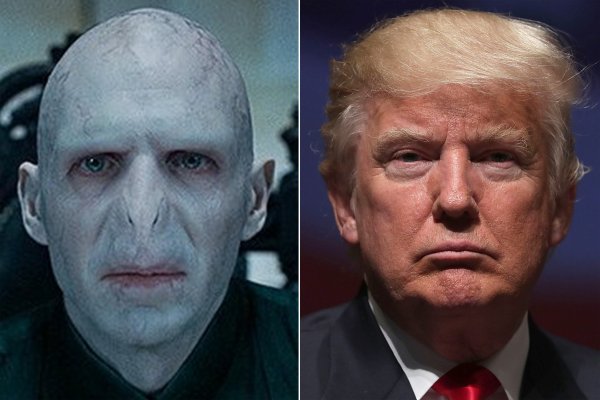 How Harry Potter Fans See the Presidential Election
Next Up: Editor's Pick