More Women Are Seeking the Abortion Pill Instead of Surgery

As debate over abortion rights continues to rage in the United States — with Donald Trump pledging to put anti-abortion justices on the Supreme Court and Hillary Clinton swearing to uphold Roe v Wade — new data shows that women are changing how they receive abortions.

Women are electing to end their pregnancies with medication almost as often as those who elect for surgical abortions, according to new data reviewed by Reuters. The data looks at abortions at Planned Parenthood clinics, and found that abortions through medication made up for 43% of pregnancy terminations in 2014. By comparison, in 2010, medical abortions represented only 35% of abortions at Planned Parenthood clinics in 2010. This information was previously unreleased by the organization.

Medical abortions involve two pills — mifepristone and misoprostol — which block hormones that support pregnancy and induce uterine contractions to expel the fetal tissue. In most states, this can be safely done at home by women in their first trimester.

A March ruling by the FDA relaxing regulation on abortion pills is expected to further increase the rate of women choosing medical abortions. According to Reuters, the demand has tripled in recent months at clinics in Ohio, Texas and North Dakota, states that previously had some of the strictest regulations. However, overall access continues to vary by state.

Abortion rates in developed countries are at a historic low, thanks in part to increased access to contraception. The most current national abortion statistics show 13.2 abortions per 1000 women aged 15-44 in 2012, according to the Centers for Disease Control. 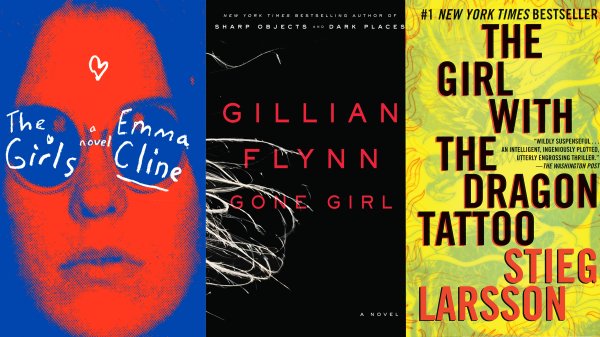 Why So Many Books Have 'Girl' in the Title
Next Up: Editor's Pick