7 Ways to Improve Your Writing, According to Experts

Whether it’s reports and presentations for the office, that great novel you’d love to write, or the movie you can see in your head that hasn’t made its way to the page yet, you could definitely use some tips on how to improve your writing.

The Most Important Question To Ask Yourself

“Why should anyone care about what I’m writing?”

No, asking yourself this is not a symptom of clinical depression, it’s the best — no, the essential — question you need to start with.

Steven Pressfield, author of The War of Art: Break Through the Blocks and Win Your Inner Creative Battles, puts it rather bluntly:

Before you write something, ask yourself the question. And rather than hanging your head and trying to find the antidepressant with the fewest side effects, answer it.

What are you going to do to make sure someone other than Mom is interested in what you’ve written? Is it fun? Is it informative? Does it answer a question people are asking?

Jason Hallock, the top story analyst at Paramount Pictures, says that no matter what you’re writing, a “hook” that draws the reader in and makes them curious is vital:

Take the time to craft a quick sentence or two that summarizes what’s interesting about what you’re working on. Test it on a few people. If they say, “Tell me more” you know you’re on to something.

Alright, so you know what you’re writing is worth writing. The next step is something a lot of people skip…

Actually Sit Down And Write

Yes, to get something written you actually have to write it. Some call it “The Discipline of the Chair.” Sit down and write.

William Zinsser has sold over 1 million copies of his book On Writing Well: An Informal Guide To Writing Nonfiction. What does he say?

And you need to take it seriously if you want to get better. Andrew Kevin Walker, screenwriter of numerous blockbusters including “Seven,” says: See it as a hobby and that is what it will remain.

But even he procrastinates when it comes to writing. It scares everyone a bit. That’s natural. So what does Andy do? He surrounds himself with things that give him confidence. Here’s Andy:

Yes, sitting down to write can be scary. And guess how intimidating it is to write a blog post about how to write well? I wrote anyway. So should you.

(To learn how to build a habit of writing every day — or any good habit for that matter — click here.)

Okay, writing a lot isn’t easy. So what is the easiest way to improve your skills? Osmosis. Well, kinda…

Read, Read and Read Some More

Stephen King has written one of the best (and most entertaining) books on how to improve your writing. And he doesn’t mince words on this topic:

Why is reading a ton so important? As Harvard professor Steven Pinker explained when I spoke to him, if we’re going to learn the rules of good writing, it’s probably going to be passively from the books we devour:

And then, as William Zinsser explains, you can take it to the next level. Study the books you love and imitate them.

From On Writing Well: An Informal Guide To Writing Nonfiction:

Does this mean you’ll just be a second-rate version of the writer you love most?

Nope. When I spoke to Justin Lader, co-writer of the upcoming Robert Redford film “The Discovery“, he said not to worry about that.

Anything you write is going to get filtered through your perspective and your vocabulary. You’ll pick up some of the strengths of what you’re imitating but what comes out will be your own.

So you’ve made sure what you’re doing is interesting, and you’re reading and writing. But what’s the #1 thing that makes writing seem like it was done by a pro?

No, not literally. But hold on to that idea for a second…

What we’re looking for here is structure. Andy says that’s the sign of someone who knows what they’re doing:

Whether it’s a screenplay or a PowerPoint presentation, does it have a clear beginning, middle and end? Or is it a rambling mess of ideas? And that’s where dirty jokes come in…

Playwright extraordinaire David Mamet says the dirty joke is the best model for telling a story. It has a beginning, middle and end, it doesn’t waste time telling you more than you need to know, and it uses everyday language.

From Mamet’s On Directing Film:

And how do we maintain a good structure in the muddy middle of any piece of writing? UCLA Film School professor Howard Suber (whose most popular class is called “Structure”) says it’s all about the word “but.”

To keep the reader interested you want to keep them on their toes with surprises. Twists. Saying, “This happened, but…” keeps people wondering what is coming next.

(For more tips from Howard on how to be a better storyteller, click here.)

So we’ve covered a lot of high level stuff… But what about the actual sentences and words that make up writing? Those are kinda important. What do you need to know about them to keep people reading?

Somerset Maugham said, “To write simply is as difficult as to be good.” And David Mamet agrees. You need to ruthlessly cut away everything that isn’t focused on your story or the point you’re trying to make.

From Mamet’s On Directing Film:

But it’s not merely an issue of cutting. It’s also an issue of simplicity. Clear beats clever. Stephen King says you need to stop trying to sound smart. Be accessible.

From On Writing: A Memoir Of The Craft:

And we’re not just talking fiction here. If you want those reports at the office to actually be read, focus a little less on impressing and a little more on relating. Cool it with the jargon, says William Zinsser.

From On Writing Well: An Informal Guide To Writing Nonfiction:

(For more tips from Harvard professor Steven Pinker on how to be a better writer, click here.)

You’ve simplified your writing. But some fear this will result in boring writing or that you’ll cut important elements. So how do you make sure you’re really connecting with the people looking at your stuff?

Who is going to be reading what you’re writing? What can you assume they know? This is a far more important question than you think.

Ever have someone say something to you like, “Remember that place we went that one time with that guy? They had that thing there. Can you get that for me?”

And you’re like, “What the hell are you even talking about? I can’t read your mind.” This problem has a name. It’s called “the curse of knowledge.” Once you know something you assume others do too.

And that leads to bad writing because we’re not putting ourselves in the other person’s shoes and thinking about what they really need to hear to understand what we’re talking about. Steven Pinker explains:

So how do we address the reader? Should we assume they’re dumb? No. Imagine you’re telling a friend who is as smart as you are something they don’t know. Here’s Steven:

And don’t forget that you want to emotionally connect with them as well. Stephen King says you should reference concrete things, events and beliefs they can relate to.

From On Writing: A Memoir Of The Craft:

(To learn what the words you use say about you, click here.)

So you actually finished something. Congrats! Do you just submit it immediately to your reader? God, no…

David Mamet says you should look at the sections of what you wrote asking, “What happens if I take this out?” If the answer is “nothing”, then start chopping.

From On Directing Film:

And rewriting is another one all the experts agree on. Good writing means rewriting. Nobody gets it perfect on the first pass. Here’s Steven Pinker:

And rewriting doesn’t just clarify ideas. It also can make what you wrote better. Your first ideas are rarely your best ideas.

“Family Guy” writer Andrew Goldberg told me that writing “alts” (alternative jokes) allows him to survey people for which one gets the most laughs. This makes his scripts better:

(To learn the work habits of creative geniuses, click here.)

Okay, we’ve covered a lot. Let’s round it up and learn where the most valuable lessons in writing come from…

Here’s how to improve your writing:

And that means getting to work. But have some fun with it. As Oscar Wilde said: 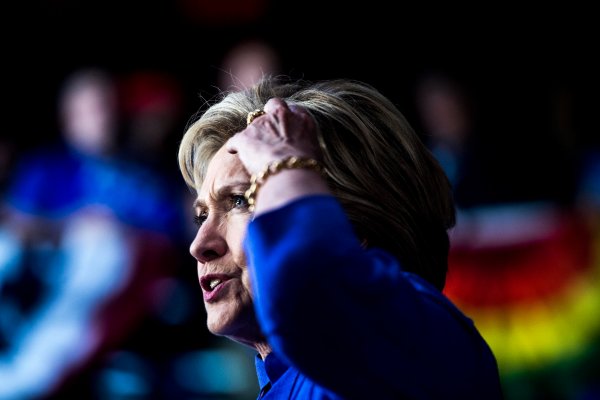 How Men Behaving Badly Have Held Hillary Clinton Back
Next Up: Editor's Pick