FBI Director James Comey’s announcement on Friday that there may be an additional review of emails sent by Democratic presidential nominee Hillary Clinton during her time as Secretary of State led to fierce rebukes of the director’s actions by Clinton’s camp, its allies, and former government officials over the weekend.

With only days to go before Election Day, Comey sent a letter to Congress indicating that a trove of Clinton aide Huma Abedin’s emails were discovered during a separate investigation into her estranged husband and former Congressman Anthony Weiner’s sexting.

The emails, he said, could be relevant to the investigation into Clinton’s use of a private email server while serving as Secretary of State. The FBI later obtained a warrant to review Abedin’s emails and they’ve insisted their review will be conducted quickly.

Reactions to Comey’s initial announcement came quickly. While the Trump campaign seized on the opportunity to shift focus onto Clinton’s perceived untrustworthiness, Democrats and the Clinton campaign criticized the director’s actions as ill-timed at best and at worst a deliberate attempt to skew the election.

California Sen. Dianne Feinstein, the ranking Democrat on the Senate Intelligence Committee, said the announcement “played right into the political campaign of Donald Trump.” Rep. Elijah Cummings, the Maryland congressman who sits on the House oversight committee, asked whether there was a “double standard” in how the FBI was treating the two presidential candidates.

And on Sunday, Senate Minority Leader Harry Reid issued the strongest condemnation yet, suggesting Comey’s actions may have violated the Hatch Act, which prevents federal officials from using their power to influence elections.“The clear double-standard established by your actions strongly suggests that your highly selective approach to publicizing information, along with your timing, was intended for the success or failure of a partisan candidate or political group,” Reid wrote.

Former officials also criticized Comey’s actions. In a strongly-written open letter published in the Washington Post Sunday evening, former Attorney General Eric Holder called Comey’s disclosure a “serious error with potentially severe implications.” “I fear he has unintentionally and negatively affected public trust in both the Justice Department and the FBI. And he has allowed — again without improper motive — misinformation to be spread by partisans with less pure intentions,” Holder wrote.

Holder wasn’t the only ex-official who spoke up. The Associated Press published an open letter from nearly 100 former federal prosecutors and Justice Department officials who expressed concern about Comey’s letter. The Clinton campaign later republished the letter.

The immediate impact on voters—22 million of whom have already cast ballots—has been mixed, according to a pair of new polls. About a third of voters say the new announcement will make them less likely to cast a ballot for Clinton come Election Day, while 6 in 10 voters say it has no impact on their vote, according to a new Washington-Post/ABC poll. A Morning Consult/Politico online poll found that the majority of voters who said the new release would make them less likely to vote for Clinton were already aligned with Trump. 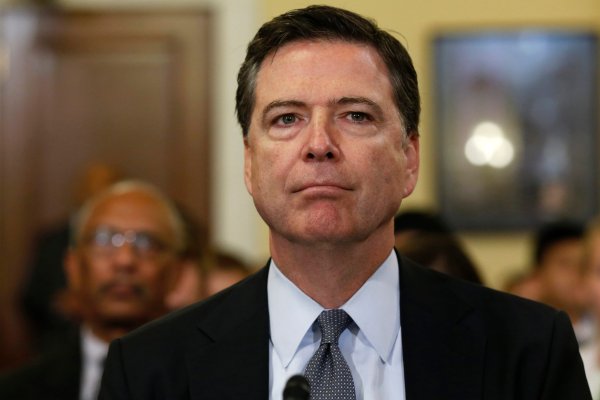