See How Celebrities Dressed For Halloween This Year

Stars enjoy Halloween as much as everyone else, and this year, celebrities dressed to the nines to celebrate the holiday.

From takes on Eleven from Stranger Things to the Super Mario Brothers, check out the costumes celebrities wore for Halloween 2016.

Steve Harvey staged a Coming to America reunion and dressed up as King Jaffe Joffer. He even posed with two of the movie’s stars, Shari Headley and Vanessa Bell Calloway, who dressed as their characters.

Bette Midler threw it back by going as her own character, Winifred Sanderson, from Halloween favorite Hocus Pocus.

Katy Perry got a political makeover and went as Hillary Clinton, while Orlando Bloom donned an orange wig to emulate Donald Trump. A friend dressed as Bill Clinton accompanied the singer.

Mariah Carey, Nick Cannon and their children dressed as a family, with Carey in a devil costume, Cannon and son as Super Mario Brothers and their daughter in a princess costume.

Scott Eastwood paid homage to his father, Clint Eastwood, by dressing as his character in The Good, The Bad and The Ugly.

Room star Jacob Tremblay went to his school Halloween dance as Marty McFly from Back to the Future. “Only the adults knew who I was,” he wrote on Instagram.

Beyoncé, Blue Ivy and Tina Lawson had an imitable group costume, dressing as the trio Salt-N-Pepa.

In a bit of costume-inception, Mindy Kaling pulled off her best Tom Hanks as Sully Sullenberger III from his role in the recent film Sully. 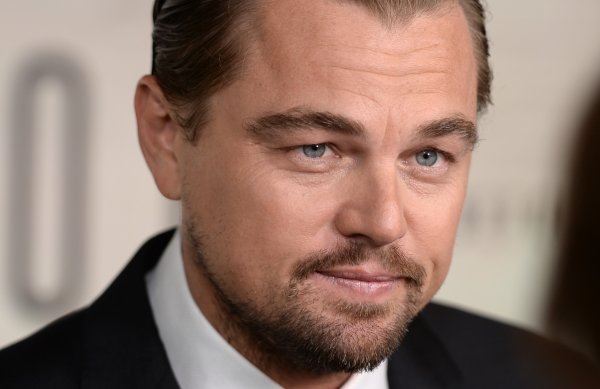 Win a Date with Leonardo DiCaprio for the Low Price of $6
Next Up: Editor's Pick