The draft of a letter John Lennon wrote to Queen Elizabeth II to say he was returning a medal in protest was found inside a used record sleeve in a man’s attic.

Lennon in the letter writes to the Queen to explain in serious and sarcastic terms why he is returning his Member of the British Empire (MBE) medal, awarded to him and the rest of the Beatles in 1965.

“Your Majesty, I am returning this MBE in protest against Britain’s involvement in the Nigeria-Biafra thing, against our support of America in Vietnam and against Cold Turkey slipping down the charts,” Lennon wrote, signing the letter “John Lennon of Bag,” in reference to his and Yoko Ono’s ‘bagism’ campaign, which aimed to satirize stereotypes and prejudice.

The anonymous owner of the letter brought the draft to a special memorabilia day at The Beatles Story exhibition in Liverpool on Wednesday. Music memorabilia expert Darren Julien told CNN that Lennon likely never sent the draft because his signature was smudged.

“If you’re writing to The Queen, you want the letter to look pretty perfect, you don’t want the ink to be smudged,” Julien said. “This suggests that he wrote a second version of the letter, which was the one that was actually sent to The Queen.” 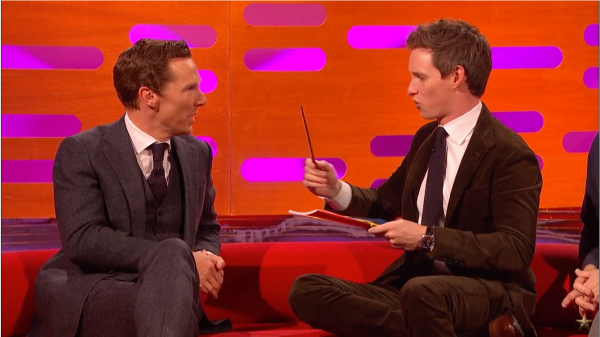 Watch Eddie Redmayne and Benedict Cumberbatch Do Magic for Bryan Cranston
Next Up: Editor's Pick