Amy Schumer's Feminism Can't Make Up for Her Racial Insensitivity

In a Medium essay titled “Information About My ‘Formation‘” that was published last Thursday, Amy Schumer offered not an apology, but a justification masquerading as a feminist manifesto following the intense backlash for her bizarre take on Beyoncé’s “Formation” music video.

The controversial video features Schumer, Goldie Hawn and some of their Mother/Daughter co-stars lip syncing and dancing to the Lemonade track. Critics of the video took issue with the fact that two privileged white women were making light of a song and visual that explicitly addressed racial politics and police brutality and that was a clear celebration of black girl magic by a black artist, Beyoncé.

In the essay, Schumer insists that the Tidal exclusive (Jay Z, Beyoncé’s husband, owns the company) “was NEVER a parody” and that it was meant to be a celebration of female empowerment and unity.

“It was just us women celebrating each other,” she wrote. “The video Beyoncé made was so moving and I wouldn’t ever make fun of that. There is absolutely no way to. I make fun of myself a few times in the video as I do in everything I am a part of. I loved every second of working with those women to make this thing that lifted us up.”

The rest of the essay is Schumer making sure we know just how earnest she is about female empowerment; she takes a literal approach, using the word “powerful” liberally and throwing in a rogue Hillary and Michelle reference for good measure.

Empowering women is important and necessary and Schumer is nothing if not passionate about it. But that doesn’t change the fact that her take on “Formation” is problematic, especially when you consider her complicated history of racial insensitivity in the past. From infamously cracking a joke about Latino men being rapists during one of her acts to tweets that capitalize on racial stereotypes, Schumer’s amply demonstrated that she’s not above using racist tropes to make a joke. Her so-called take on “Formation” is no exception.

One of the most blatant instances of this in the video is when Schumer and Hawn wear shirts that read “Texas Bama” (one of the song’s lyrics), despite the fact that the term “bama” has been historically used in a derogatory manner.

When Beyoncé calls herself a “Texas bama,” she does so as an act of liberation from the respectability politics that continue to police the black community in a world where whiteness is held up as the norm. By consciously reclaiming a word used to shame people for acting “country,” Beyoncé is declaring to the world that she is unapologetically black and Southern.

However, when Schumer, a white woman from the Northeast, covers herself in dirt and lip-syncs lyrics that were written for black women by a black woman, all while wearing a shirt that proclaims that she is a “Texas Bama,” it feels like a dehumanizing caricature of the intended message.

Her actions imply that while she has no problem enjoying and consuming black art, she has no investment in educating herself about black experiences. And as a white woman, she can afford to continue thinking that her sloppy take on a politically charged piece of art was just “fun.”

Perhaps that’s what’s even more troubling than the video itself — the fact that Schumer is unable to admit that her version of “Formation” is offensive and chooses instead to use her identity as feminist as a defense to those who call her out.

In recent years, Schumer’s embraced the industry’s branding of her as a feminist, going so far as to tell Glamour in 2015 that “feminists are in good hands with me.” Her sketches on issues like the wage gap, ageist attitudes towards women, body positivity and slut shaming in the male-dominated arena of comedy have helped to shape this.

But for as many women’s issues as she’s addressed with her work, it’s also worth remembering that Schumer’s notoriously terse when it comes to addressing her critiques. After the backlash to her “Formation” video started rolling in, she didn’t address the critiques but instead continued to borrow from Beyoncé’s black girl magic by posting an Instagram of herself a few days after it dropped, using the caption, “You know you that b—tch when you cause all this conversation.” In the past, she’s produced non-apologies for tasteless jokes about race, once offering this as an explanation: “You can call it a ‘blind spot for racism’ or ‘lazy’ but you are wrong. It is a joke and it is funny. I know that because people laugh at it.”

Ultimately, what Schumer doesn’t seem to realize is that touting female empowerment doesn’t absolve ignorance or casual racism. Her message of female empowerment — perhaps most aptly illustrated by her hashtags #alllove and #strongertogether in both her Instagram and essay — in response to calls of racial insensitivity implies that female unity is more important than race or other social issues. By doing so, Schumer fails to realize that the oppression of one is tantamount to the oppression of the other — and this is a disservice to women everywhere. 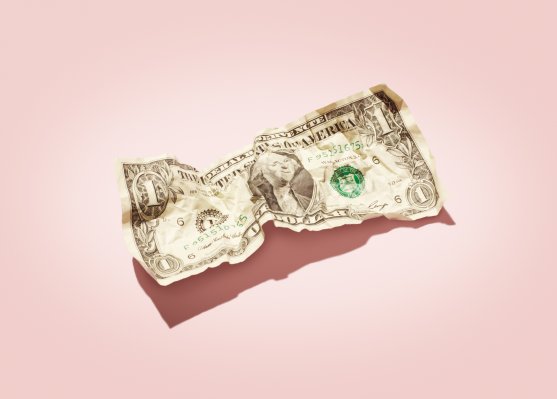 The High Cost of Economic Abuse in Relationships
Next Up: Editor's Pick