Bernie Sanders, who mounted a fierce Democratic primary challenge to Hillary Clinton, said he plans to do everything he can to make sure the next President carries out the progressive ideas on which he ran his campaign.

“The day after the election, working with millions of grass-roots activists, I intend to do everything possible to make certain that the new president and Congress implement the Democratic platform, the most progressive agenda of any major political party in the history of the United States,” he wrote in a Boston Globe column published late Thursday.

Sanders has been campaigning for Clinton, urging his supporters to vote for her and defeat Republican nominee Donald Trump. During the primary, Sanders earned a groundswell of support from young voters in particular, many of whom were disappointed when he failed to clinch the party nomination. While Sanders has thrown his support behind Clinton, his column made clear he is prepared to challenge the next president to implement more progressive policies.

“If this election has taught us anything, it is that the American people are sick and tired of the economic, political, and media status quo,” he said.

“This is a historic and pivotal moment in American history,” he added. “Now is the time for our next president to rally the American people against Wall Street and corporate greed and stand up vigorously for the declining middle class.” 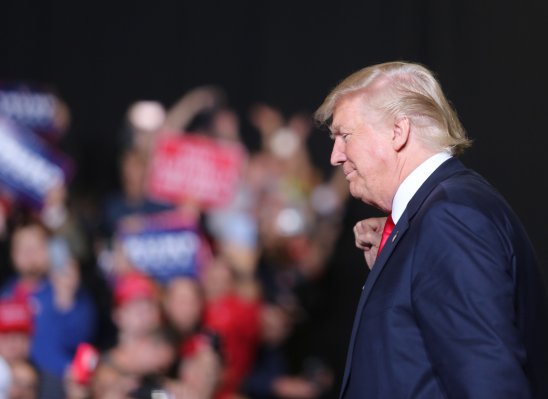 Read Trump's Speech on the Clinton Email Investigation
Next Up: Editor's Pick