Abstention on UNESCO Vote Is Not Good Enough

There has been much commentary on the voting patterns of UNESCO member countries on several outrageous resolutions on Jerusalem which explicitly or implicitly deny the Jewish connection to Israel and its capital.

It has been noted that the votes reflect the inherent bias of U.N. bodies against Israel. In the General Assembly, for example, there is an automatic majority against Israel regarding any issue surrounding the Israeli-Palestinian conflict.

It has also been noted that the second vote of the executive committee was an improvement over the first in that a number of countries, most notably France, shifted their original yes votes to abstentions.

These shifts seem to signify that those countries recognize, as Secretary-General of UNESCO Irina Bokova has said, that a resolution that ignores the Jewish connection to Jerusalem is inappropriate and harmful. However, for political reasons, pressure from the Islamic world or other concerns about Israeli policy, they could not bring themselves to vote no. An abstention seems to many to be a safe harbor from the roiling surf of international diplomacy.

An abstention, however, misses the true significance of these initiatives and allows a destructive dynamic to continue to operate which stands in the way of Israeli-Palestinian peace and a necessary two-state solution.

Palestinian denial of the Jewish connection to Israel lies at the heart of the conflict that has raged for a hundred years. It is no accident that as we enter 2017, the 100th anniversary of the Balfour Declaration, that Palestinian President Mahmoud Abbas is calling on the British to apologize for that historic pronouncement.

At the heart of that declaration, and which justifies the birth of the modern state of Israel, was the acknowledgment that the return of the Jewish people to Israel was based on the thousands of years of the centrality of Israel to the existence of the Jews. Balfour understood that one couldn’t properly talk about Jews and their history without referencing Israel.

This denial by the Palestinians, despite every evidentiary record to the contrary, including archeological discoveries regularly made, explains everything else they have done for decades which has prevented peace and has brought so much suffering to their own people, not to mention to Israelis.

After all, if there was no Temple, no Jewish kingdom, no link to Jerusalem, as the Palestinians claim, then Israel is one more colonial invader, with the only difference that their “colonialism” still survives while the others have passed into the dustbin of history.

It means, therefore, that there is no room for compromise. So when the U.N. partitioned Palestine in 1947, which would have created a Jewish state and a Palestinian state, the dominant Palestinian motif was no colonial Jewish state. This led to the war against the Jews, the negation of the Palestinian state, and the beginning of the refugee problem.

Since then, time and again, Palestinians have, in the words of Abba Eban, “never missed an opportunity to miss an opportunity.” Except for the reality that what was considered an opportunity, to them was not because there never was any legitimacy to Jewish claims to Israel. Therefore, anything called an opportunity which involved the legitimization of this invading entity is a non-starter.

But what about Oslo and seeming Palestinian recognition of Israel? That was the hope and remains the hope.

But when the president of the Palestinian Authority talks again and again about the Jewish connection to Israel being a fantasy to justify a colonial takeover, then we know that this original obstacle to Israeli-Palestinian reconciliation remains center stage.

Getting back to the UNESCO votes, that is why an abstention does not do the trick. A clear message must be sent from the international community, particularly from those who claim to be the greatest supporters of the Palestinians, that this must stop.

Continuing Palestinian claims, supported by the international community, that the glorious Jewish history in Israel is a made-up story, are efforts to damage Israel’s reputation and legitimacy. It damages the legitimacy of critical international bodies. But most of all, it is the Palestinians themselves who suffer the most from this lie about history. It is the major obstacle to the kind of acceptance that offers the only hope for peace and for creating two states for two peoples.

Clarity and truth-telling, not equivocation and abstention, are what is needed now more than ever.

This article originally appeared on The Times of Israel. 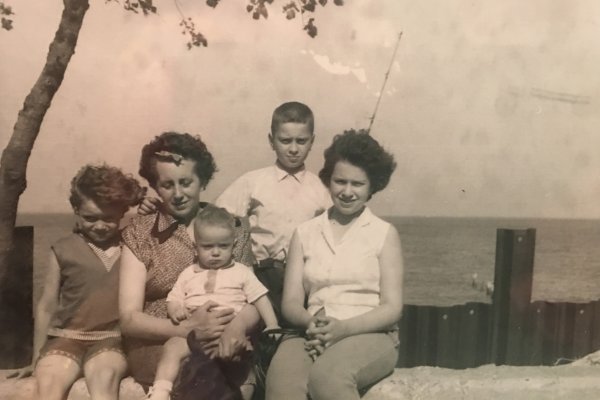