Watch Tammy Duckworth Talk About Her Service in the Iraq War

When Illinois Sen. Mark Kirk mocked Rep. Tammy Duckworth’s Asian heritage in a debate Thursday night, the slight got at more than just race—Kirk was also belittling the history of military service in Duckworth’s family.

“I had forgotten that your parents came all the way from Thailand to serve George Washington,” Kirk said sarcastically when Duckworth talked about being a daughter of the American Revolution. Her father Capt. Franklin Duckworth, himself a WWII veteran, traces his lineage back to the Revolutionary War.

Duckworth, who lost both of her legs in the Iraq War and received a Purple Heart, recounted the importance of her military service to TIME in a powerful video featured in TIME’s 2011 Emmy-winning documentary, Beyond 9/11: Portraits of Resilience.

“I was going to get the same rank, the same pay, and I wanted to face the same risks,” Duckworth says of picking flying helicopters as her number one choice for assignment in 1992, since that was likely the only combat position that would be available to a woman at the time. “I fought hard to get it.”

In 2004, eight months after she had gone to Iraq, Duckworth’s helicopter got attacked and a rocket-propelled grenade “basically exploded on [her] lap.” She lost both legs and most of her right arm that day.

She describes recovering in Walter Reed National Military Medical Center: “I didn’t want them to pity me, I wanted them to know that I was proud to be where I was. So I asked my husband to print off the soldier’s creed and put it on my door. ‘I will always place the mission first, I will never quit, I will never accept defeat and I will never never leave a fallen comrade behind.'”

Watch the rest of Duckworth’s interview above. 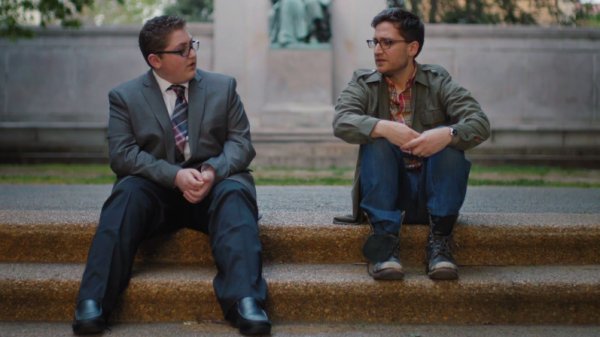 This Is How Lobbying Really Works
Next Up: Editor's Pick