Everything You Need to Know About Iceland's Pirate Party

Birgitta Jonsdottir, activist member of the Icelandic parliament representing the Pirate Party, stands in front of a sculpture at an Icelandic sculpture park on July 9, 2015
Giles Clarke—Getty Images
By Tara John

Iceland’s Pirate Party is hoping to win the largest share of the vote in the country’s Oct. 29 general election, not even four years after the fringe political group formed.

Until this week the esoteric political party had led the polls in Iceland, though the latest opinion poll puts the group a single point behind the center-right Independence Party, which is currently a junior member in the country’s coalition government.

The Pirate Party’s rise against the perceived corruption of Iceland’s political elite is the latest— and perhaps most colorful— in a string of anti-establishment insurgencies throughout globe, from the far left to the far right. Here’s a bit more about the group:

The Pirate Party formed in 2012, in the wake of the collapse of Iceland’s hugely overleveraged banking industry following the 2008 financial crisis. The Party and its motley group of of anarchists, libertarians and internet activists is led by Birgitta Jonsdottir. The 49-year-old former Wikileaks activisits, web programmer and “poetician” has been an MP for different parties since 2009, but decided to help start the party, which part of an international anti-copyright movement that originates in Sweden, because “I’m often crossing paths with nerds as I’m such a nerd myself” she told the Financial Times.

Jonsdottir thinks Iceland’s population of about 300,000 are sick of corruption and “nepotism.” She also likens the country to Sicily and claims it is controlled by a handful of “mafia-style families” and their friends. “That might explain why, when the banks were privatized in 2005, stern laws and promises of professionalism were tossed aside and the banks were handed over to bosses who pleased the ‘mafia’ families” she writes in the New Internationalist.

This anti-establishment message resonated with some Icelanders and the Pirates gained a seat in parliament in 2013. Support for the movement surged to 43% in an April poll after the Panama Papers revealed that former Prime Minister Sigmundur David Gunnlaugsson held investments in offshore accounts— which led to some of the largest protests the country has ever seen.

Gunnlaugsson stepped down as leader, and his replacement called early elections. His party, the Progressives, is now wallowing at 8% in the polls.

An ‘aye on power

While slim on policies, the Pirates espouse a set of core values, which include direct democracy, pushing civil rights and more transparency from companies and the creation of informed decisions. The party wants to be the “Robin Hood” of politics by handing power back to Icelanders, and seeks to make the country a haven for hackers and whistle-blowers (including Edward Snowden). It also hopes to make cryptocurrency bitcoin legal tender.

The Pirates have also created a crowdsourced draft of the constitution, which includes provisos to create new rules for governance and to renationalize the natural-resource industries of the small country. Like other European populist parties, the Pirates want a referendum on Iceland’s relationship with the E.U., but promise to not conduct the nativist, anti-immigrant stance seen in U.K.’s iteration. “We don’t want to make the same mistakes that happened in Britain” Jonsdottir told the Washington Post. “You have to make sure that it is an informed campaign. People need to know what [membership] implies.”

But forming a stable government could present a challenge for the company of radicals. Jonsdottir has no intention to become prime minister and the party has ruled out working with the current center-right coalition, which includes Gunnlaugsson’s Progressive Party. Jonsdottir has conceded in the past that once in power the Pirates might have to temper their idealism.

It currently looks like Saturday’s vote may leave Iceland with a centre-left coalition of the Pirates and three, or possibly four, other parties. Iceland has historically never had a coalition government consisting of more than two parties survive a full four-year term says the BBC.

If the Pirates do plunder a win, it will be one more example of an outsider turning into the champion of establishment-weary voters. 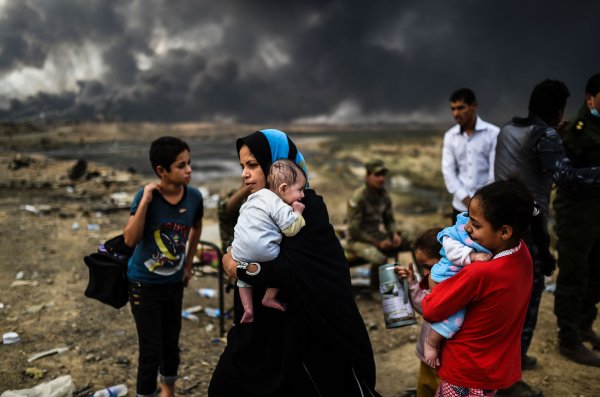