George Lucas has released two possible designs for his Museum of Narrative Art—now he just has to pick the city.

The Star Wars creator is pushing ahead with the planning process for the museum he wants to create despite previous setbacks, most recently abandoning long-standing plans to build on Chicago’s lakefront. Now he’s back with two sleek options in San Francisco and Los Angeles, both designed by Chinese architect Ma Yansong, the Chicago Tribune reports.

The plan for the museum on the Los Angeles site.
Image courtesy of Lucas Museum of Narrative Art

Lucas has approval from the mayors of both cities, but has to be sure construction on the public land won’t be rejected or blocked by other entities. The untraditional release of plans before settling on a site effectively pits the two California cities against each other, and Lucas is reportedly planning to announce his selection in early 2017.

The museum would focus on the entertainment of storytelling, drawing from Lucas’ own collection of Hollywood items, like Star Wars costumes, and related art, such as Norman Rockwell paintings. The site in San Francisco is on Treasure Island, and in L.A. the museum would be elevated within Exposition Park. In either place, the project could cost up to $1 billion. 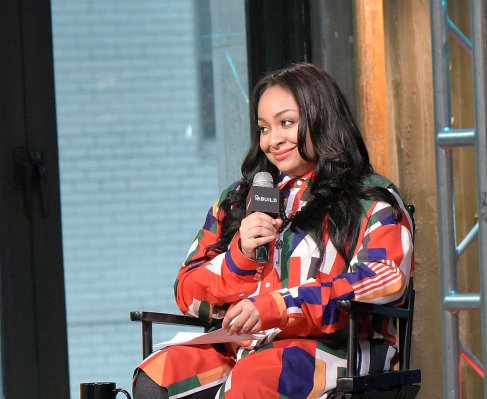 Raven-Symoné to Star in That's So Raven Spin-Off Coming to Disney Channel
Next Up: Editor's Pick