After last week’s brutal opener, the second episode of The Walking Dead‘s seventh season took a lighter — and much less action-packed — turn, as the storyline pivoted to Carol and Morgan’s introduction to The Kingdom.

The hour opened with the injured Carol being transported to the new community by Morgan and the horseback-riding survivors who came to their aid in the season six finale. After resting for a few days, she is taken to see the leader of the seemingly normal compound, a man who Morgan explains is called King Ezekiel.

Played by Khary Payton, Ezekiel is an instantly intriguing character, as he not only has a massive pet tiger named Shiva sitting by his side, but speaks as though he is acting in a Shakespeare play. After much ado, Ezekiel says the two are welcome to stay as long as they contribute: “Drink from the well, replenish the well.”

From there, the inner workings of The Kingdom are revealed, as Ezekiel takes Morgan on a run with his inner circle to round up some pigs that are later traded to the Saviors in exchange for Negan’s “protection.”

Upon Ezekiel’s request, Morgan begins to train a younger member of the group, Benjamin, how to fight with a staff. Benjamin explains that his father was a good friend of Ezekiel’s who was killed during a mission. He also tells him that Ezekiel keeps his deal with the Saviors secret because he believes his people would want to fight back — and they would lose.

Meanwhile, Carol has been putting on her usual sweet and innocent act for everyone in town as she prepares to sneak away. When she finally makes her move, however, she is caught by Ezekiel, who has seen through the facade. The “King” drops all pretense and tells her the real story of how he became the group’s leader. “They needed someone to follow so I acted the part,” he says. “I faked it ’til I made it.”

He then convinces her that it’s possible for her to “go and not go.”

The episode ends with Morgan escorting Carol to a small cottage they passed on the way to the Kingdom. She begins making herself at home when suddenly there’s a knock on the door. It’s Ezekiel and Shiva. Carol smiles.

“The Cell,” the third episode of The Walking Dead‘s seventh season, will air Nov. 6 at 9 p.m. ET on AMC. 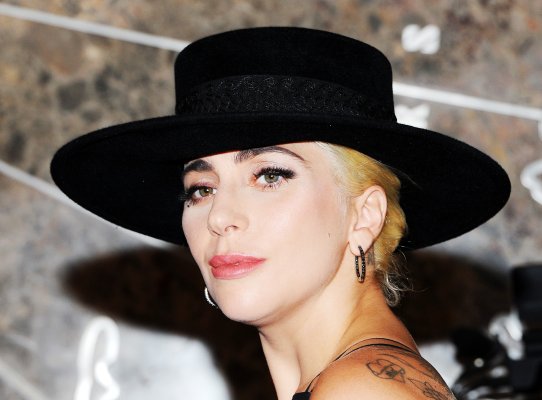 Lady Gaga Earns Fourth No. 1 Album With Joanne
Next Up: Editor's Pick