A migrant wrapped in a blanket eats near the "Jungle" migrant camp in Calais, France, on Oct. 27, 2016.
Philippe Huguen—AFP/Getty Images
By Ian Bremmer

France is dismantling the Calais “Jungle” refugee camp this week. But the story of refugees in today’s world is much broader than any one camp. Here are 5 refugee facilities that help tell a more complete story.

1. Zaatari—Jordan
While many Americans and Europeans would close their countries to refugees, Jordan has been doing its part from the outset of the Syrian civil war. Zaatari—the single-largest refugee camp in the world for Syrians fleeing violence, just 10 miles (16 km) from the Syrian border—has been operating since 2012. Roughly 80,000 Syrian refugees currently reside in the camp, but Jordan has taken in approximately 635,000 Syrian refugees total—that’s about 10 percent of its own population. If Zaatari were a city proper, it would be Jordan’s fourth-largest.

But while Jordan’s generosity for its neighbors is real, it’s not entirely selfless. The World Bank’s $300 million interest-free loan certainly factors into Amman’s decision to open its doors to Syrians in need, as does the prospect of tax-free exports to the E,U. And Syrian refugees have proven to be quite industrious; there are now more than 3,000 small businesses in Zaatari, generating more than $13 million a month for the Syrian refugees and the Jordanians they do business with. Money talks, even in times of crisis.

2. Calais—France
But for Europe, Syrian refugees have become a downright existential crisis. Already straining under the weight of deep financial problems, fracturing politics, and terrorism fears, the Syrian refugee crisis has become Exhibit A for Europe’s inability to coordinate effective responses to continent-wide challenges.

The Calais “Jungle” has become the most visible symbol of that failure—even though it holds only 10,000 inhabitants. Calais’s predominantly Muslim population unnerves a continent already struggling with radical Islamic terrorism. Funding refugee camps at a time when European citizens are seeing welfare benefits cut plays directly into the hands of populist politicians across Europe. And then there’s the Brexit angle—Calais is situated across the channel from the UK and was being used as a processing center for refugee seekers with relatives in the UK. Now that Britons have voted for Brexit—in large part because they want better immigration control—there wasn’t much sense keeping open a refugee camp that has become a powerful symbol of Europe’s current dysfunction.

3. Dadaab—Kenya
But the world’s largest refugee camp is one you’ve probably never heard of: Dadaab in Garissa County, Kenya. Home to nearly 350,000 people—a population larger than the city of Pittsburgh—the Dadaab refugee complex provides shelter to Somalis fleeing their country’s long-running civil war. Originally founded in 1991, today nearly a third of the people living in Dabaab were born inside the camp.

Like Calais, fear of terrorism makes life in Dabaab much more difficult for its residents. Kenyan officials have been vowing to shut down the camp for years, but they have a renewed sense of urgency with the rise of the Shabab militant group, a particularly brutal band of militants who have pledged allegiance to Al Qaeda. Kenyan authorities have accused Shabab of using Dabaab as a hideout within their borders. Politics are also at play here—Kenya’s sitting president, Uhuru Kenyatta, is up for reelection next year, and he has made national security his rallying cry. Then there’s the religious element: Kenya is a majority Christian country, Somalia a predominantly Muslim one. Thousands of miles from Calais, the concerns remain remarkably consistent: security, religion, and politics.

4. Nakivale—Uganda
Uganda doesn’t get a lot of positive attention these days, but when it comes to housing and caring for refugees, it should. Uganda has the bad luck to be surrounded by some of the most dysfunctional neighbors in the world, with the Democratic Republic of Congo (DRC) to its west and South Sudan to its north. Uganda now hosts more than half a million refugees. More than 100,000 of those are housed at Nakivale, a six-hour drive west of the capital. Lives for refugees in Nakivale are much better than in Dadaab and Calais, because the Ugandan government allocates a piece of land to each refugee family, on which they can build a house and farm. Refugees also live in districts divided by their country of origin, which helps with the difficult social transition. And no work permits are required, which means that refugees can actively contribute to the Ugandan economy outside the refugee camp, rather than just languishing within it.

5. Mae La—Thailand
Burma has been gripped by civil war for nearly six decades. Neighboring Thailand hosts nearly 40,000 people in its largest refugee camp, Mae La; the country as a whole shelters more than 100,000 refugees across nine refugee camps lining the Thai-Burma border. Refugee camps were developed in relatively desolate areas; as a result, jobs and factories have been built in their vicinity to take advantage of refugee laborers, and these refugees have become embedded in the social fabric of their communities.

As far as refugee stories go, this is one of the better ones. But here comes the twist. Burma has made major strides toward democracy since it held elections in 2011, and it’s now run by some of the people the former junta imprisoned. Pressure is rising both inside Thailand and internationally to repatriate these refugees. Just this week, 68 people voluntarily relocated from Thailand back to Burma, a move hailed as a “milestone” by the UN High Commissioner for Refugees (UNHCR). But remember, these communities have sunk roots into Thai soil for two decades. Nearly half the Burma refugees in Thailand are under the age of 18. It’s bad enough to be forced to become a refugee; it’s almost as bad to be forced to return to a homeland you’ve never known—a refugee in everything but name only. 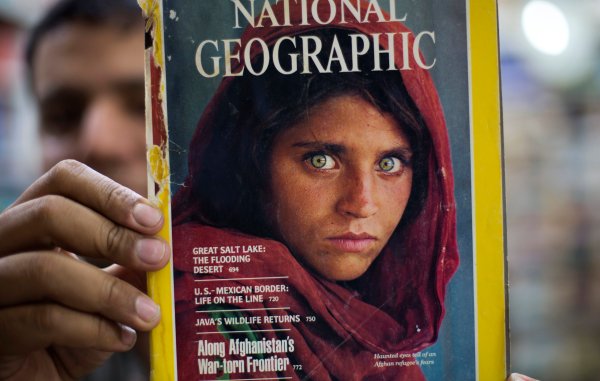