Farrar, Straus and Giroux
Ideas
By Daphne Merkin
Daphne Merkin is the author of the forthcoming book This Close to Happy: A Reckoning with Depression

My mother, a tough émigré from Hitler’s Germany, had a word for the dark states of mind that regularly gripped me when I was in my teens. “Moody,” she’d say dismissively. “Stop being so moody.” It was a popular word in our household, a way of minimizing things, putting them in their place. My mother had been witness to catastrophic historical events; my feeling unable to get up in the morning or unwilling to go on school trips must have seemed like small potatoes to her—certainly nothing to get alarmed about. The problem was that “moody” didn’t cover the way I felt, a slippage so deep that I would eventually be put on anti-depressants and end up on a psychiatric unit for depression.

Depression has never been an easy illness to grasp, in part because it doesn’t show up in noisy, colorful symptoms but in a lack thereof, a kind of pallor or stillness. It may be more out in the open now than it was when I was a teenager in the late 1960’s and early ‘70’s, but one thing that hasn’t changed is the inherently tumultuous nature of this period of life, given over as it is to hormonal fluctuations and a growing expansion of self-awareness. Today’s world, with its profusion of identity choices, is probably a more anxiety-inducing one than the world I grew up in. It is small wonder that teenage depression is on the rise, but I fear that much of it continues to go overlooked—mistaken for “moodiness” or, perhaps, coolness.

Indeed, there was a brief period during her adolescence when my own daughter, who is now 27, wanted to be depressed precisely because she thought it would give her a brooding , Smiths-like edge, mark her as special, a rebel without a cause.

In my case, I can remember feeling tired out by the age of 15, the combination of acute self-consciousness and equally acute self-hatred having worn me down so that by the time I arrived at the Jewish day school I attended in the morning all I wanted to do was lower my head on the desk and hide from the scrutiny of my peers. There was a particular wool plaid coat that my mother had picked out for me at Saks Fifth Avenue that I intensely disliked because it seemed “wrong” somehow, an external sign of the chaos within, especially when worn together with straggling kneesocks. I wanted to slink around in the sort of anonymous mud-colored parka that the more popular girls wore, but there was no use trying to convey to my mother the urgency of this or any other dilemma. She had deemed the plaid coat “chic” and that was that.

My family was part of the problem, of course; they always had been. I couldn’t remember a time when I hadn’t felt lonely at home, despite the fact that I had five siblings. My father was remote and given to bursts of fury; my mother was mercurial and not to be crossed. I escaped into books, identifying wildly with surly but dashing characters like Heathcliff, and discussed my various suicidal and homicidal urges with a comprehending red-bearded therapist. Should I kill my parents? Myself? In between, I had a crush on a boy with a rosebud-shaped mouth and waited impatiently for my period to come. When it came, belatedly—I had just turned 16—so did my breasts, changing my silhouette and causing me new agonies.

Nothing seemed to come easily, the way it did for other girls. I didn’t know how to go about having a boyfriend, for one thing; I couldn’t figure out why any boy would want to choose me for a girlfriend, for another. When the attractive “older” boy (21 to my 16) who doubled as the garbage-collector at the Orthodox Jewish summer camp I went to, put his tongue inside my lips one Saturday afternoon, I screamed.

Most of all, I brooded, fueled by an acute sense of dissatisfaction with everything about myself, from my hair (too straight), to my legs (too thin), to my nose (too big), to my teeth (not white enough). On those few occasions when I didn’t choose simply to stay home, I would practice my smile in front of the mirror before going out to a party or an event, hoping to infuse myself with a degree of confidence. I could sense that somewhere inside of me was an attractive person—like the proverbial thin man struggling to get out of a fat man—but I didn’t know how to reach her. There were people who believed in me, like my English teacher, Mr. Solomon, but I assumed they were taken in by my way with words.

And then one day my therapist, Dr. Alpert, told me that he wanted me to try going on an anti-depressant, that we had to treat the “ulcer” of depression before we could discuss what was bothering me. I didn’t know if I believed him, but I figured, what did I have to lose? I began taking an MAO called Parnate and within weeks something inside began to lift, imperceptibly at first, and then more palpably. I began waking up in the morning without feeling as though a ton of bricks had just fallen on my head. Although I would never be the sort of person who took a happy-go-lucky approach to things and would always need to fight the darkness, I became a girl who at least experimented with looking on the bright side. I wish I could say that in the years that followed I decisively “outgrew” my teenaged depression, but, alas, for me it has been a lifelong affliction and not a temporary bout of “moodiness.” 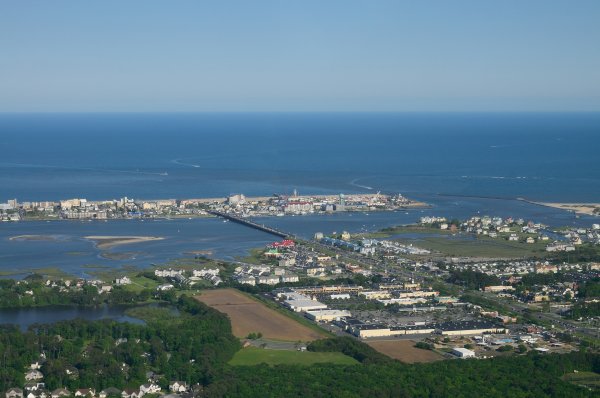 'Like Something Out of a Horror Movie.' Man Killed by Flesh-Eating Bacteria
Next Up: Editor's Pick