Why The Great British Bake Off Is Like Brexit (No, Really)

Last night, after a gruelling ten-week competition, the seventh season of the Great British Bake Off was won by Candice Brown (pictured), a 31-year-old phys. ed. teacher from Bedfordshire
TBC—BBC/Love Productions
Ideas
By Dan Stewart / London

It was the decision seemingly everyone in Britain had been waiting for. Wednesday night, Candice Brown, a 31-year-old phys. ed. teacher from Bedfordshire, won the seventh season of the Great British Bake Off.

If you’re unfamiliar with Bake Off—shown on PBS in the U.S. under the rather unimaginative title The Great British Baking Show—take a typical reality TV show and remove the clashing egos, dramatic tantrums, tearful back stories and direct-to-camera bitching sessions. Add big helpings of good humor and camaraderie, a spoonful of smutty innuendo and a sprinkling of cutaway shots of lambs gamboling in a field. An hour of low heat, and it’s ready to serve to 14 million viewers each week.

What happens is this: Inside a large tent in the pastoral surroundings of an English country house, a dozen candidates compete to see who can make the best cakes, pies and other baked goods. They are ordinary people, not shiny-toothed fame school graduates, and usually represent a broad range of backgrounds and ethnicities. Each week one is singled out as the “star baker,” and one is chosen to leave. The last three face off in the final. There is a lot of hugging, occasional tears and very little drama.

This year, however, there was drama aplenty offstage as Love Productions, the independent television company that made Bake Off for the publicly-funded BBC, decided to move the show to a different network, for a lot more dough. Uproar ensued, in the press and among the show’s huge fanbase. The show’s presenters, Mel Giedroyc and Sue Perkins, chose to leave the show rather than go with it to Channel 4. One of its judges, Mary Berry, whose genteel politesse have made her a saintly figure among fans, also decided to hang up her apron. The other, Paul Hollywood, is staying in the tent and has become the pantomime villain of the saga.

To understand why this departure was so shocking it’s necessary to know a little bit about the roles Bake Off and the BBC play in the national consciousness here in the U.K. To many viewers this kind of cozy, unchallenging television is what the BBC is for. Not for nothing is the corporation sometimes nicknamed “Aunty.” During primetime, its two main channels offer a reliably safe space for middle-of-the-road fare, and the perfect place for a show like Bake Off that kids can happily watch with their grandparents. The move to Channel 4, known as an edgy, youth-oriented network which introduced the U.K. to Big Brother, was seen as a betrayal of those values (even though everyone involved has insisted that the spirit of Bake Off will survive the move).

The furor over Bake Off’s departure from the BBC came just a few months after Britain voted to leave the E.U., and it’s tempting to draw comparisons between the two. Both Bake Off and Brexit have at their centers a conservative vision of a Britain that doesn’t exist; a comfortable land of plenty, decorated with bunting and rustic paraphernalia, where hard work is celebrated over idleness. Where values and fair play trump vitriol and bullying, and where issues like hardship and inequality have been quietly edited out. Where diversity is to be welcomed, but authorities have rigid control over who can stay and who must leave the tent.

Just as Brexit voters are craving a Britain a little more like the Bake Off tent, the show succumbed to the realities of the market—where an advertising-supported network was able to outbid one that runs on public funding. The market, too, will steer the course of Brexit, though just how turbulent things will get is a matter of great debate—just recently, it threatened to deprive us of Marmite, which seemed an ominous sign of things to come. But economic growth post-Brexit has defied expectations.

Of course, Channel 4 will aim to keep the potent infusion of cheery fellowship and rose-tinted nostalgia that made Bake Off a hit, but viewers will be likely to know they’re watching something different, a more commercial and perhaps self-consciously whimsical version of the show. The Bake Off we once knew has gone.

Meanwhile, our government will go into Britain’s negotiations on leaving the E.U. hoping to maintain the economic bonds we have in Europe, but with the freedom to set our own limits on immigration. Like Channel 4, it may find it’s hard to both have your cake and eat it. 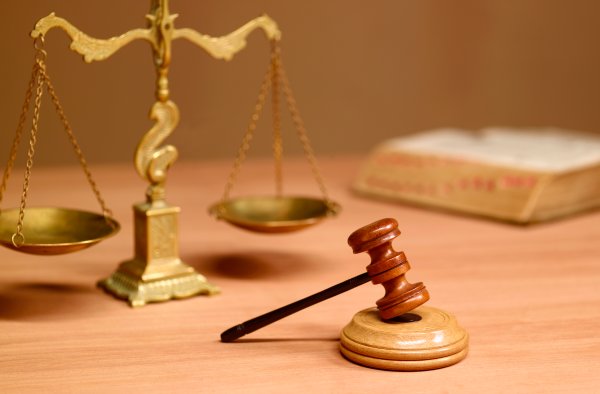 U.K. to Pardon Men Convicted for Consensual Same-Sex Acts
Next Up: Editor's Pick