First Brexit, Then Trump. Can Italy Avoid a Populist Uprising in Crucial Referendum?

Italian Prime Minister Renzi during a Pro Yes conference for the Constitutional Referendum on Oct. 26. The constitutional reform at the base of the referendum will serve to lighten the cost of politics and the powers of the Senate. It will be held on December 4, 2016.
Michele Amoruso/Pacific Press—LightRocket via Getty Images
By Silvia Marchetti / Rome

2016 is shaping up to be a year of electoral surprises, with Britain voting to leave the E.U. and the U.S. sending Donald Trump to the White House. On Dec. 4, it’s Italy’s turn as a crucial constitutional reform referendum could decide the future of the country — and the fate of its young Prime Minister Matteo Renzi.

The referendum will ask voters to back the approval by parliament of Renzi’s ambitious reforms. He wants to strip the Senate of many of its legislative powers and modernize Italy’s rusty institutional framework by speeding-up its sluggish decision-making process.

Were Italians to vote against the reform, the premier has repeatedly pledged to step down from office ahead of the next 2018 general election. This could trigger the risk of an early vote, delay reforms and offset political chaos at a delicate moment when the economic outlook is still gloomy, with the risk of jeopardising investor confidence and public debt sustainability.

A prolonged period of political instability could trigger a financial speculative attack on sovereign treasury bonds due to Italy’s elevated public debt exposure, raising the spread between Italian and German bonds, with the risk of fuelling a financial crisis similar to the one of 2011.

With only weeks to go before voters cast their ballots, Renzi is now doing everything he can to avoid a ‘Brexit’ style defeat —. Italian populists and right-wing parties are already exploiting to their advantage Trump’s unexpected presidential victory, saying it has lowered Renzi’s chances of referendum success making him bound to be the next “domino” to fall in post-Brexit Europe.

“The U.S. elections have shown that a wind of change is blowing across both sides of the Atlantic and will soon wipe Renzi away. His time is over and Italy needs a new government”, says Massimiliano Fedriga, Lower House leader of the Northern League party, a member of the “no” front.

Read more: Why Brexit Could Be Just the Beginning for an Angry Europe

How might Renzi avoid a similar populist uprising to the ones that swept through Britain and the U.S.? The answer could be found on a recent weekend inside the Music Inn, a cozy lounge bar in Rome’s historical centre popular for its live music soirées. There, people gathered for a “Constitutional Concert” aimed at explaining to Italians why they should vote to change their 70-year-old constitution. Over Prosecco and finger food, a lively debate kicked off among participants until the musicians came on stage to play R&B and jazz sessions.

Aware that the vote’s outcome will determine the future not just of his government, but also of his entire political career, Renzi has gone directly to the people to increase his chances of success. He has mounted an aggressive “do-it-yourself” campaign that encourages Italians around the world — not just at home — to raise enthusiasm for a “yes” vote. An “army” of pro-yes referendum committees made up of thousands of local volunteers, scattered across each continent, are spreading the word virally under the slogan “Basta Un Sì” meaning “Just One Yes Is Enough” to change Italy.

These pro-referendum committees resemble a party within Renzi’s Democrat group. According to latest data by the “yes” campaign body there are currently about 5,000 committees in Italy, up from 2,000 last month as more rise almost on a daily basis. Roughly 50,000 volunteers are taking part in the Italy campaign while a total of 34 foreign committees have been set-up in the rest of the world to motivate expats: 23 in Europe, 2 in Asia (Australia and United Arab Emirates); 2 in Africa (Tunisia and Kenya); 5 in North America and 2 in South America.

The vote of Italians abroad could be crucial to the referendum’s passage. Following the approval of a new law, even Italian citizens who are not foreign residents (roughly 5 million) but are travelling or working in another country for at least three months can vote by mail.

“It’s the rise of the do-it-yourself campaign and we’re registering a lot of enthusiasm from ordinary citizens who contact us to take part in it. These committees are all spontaneous, grassroots initiatives. The more we are, the higher the chances of winning”, says Rudy Francesco Calvo, spokesman of “Basta Un Sì” .

This is how the DIY campaign works: Any Italian citizen can set up a local committee by finding 5 other people and paying a €50 online registration fee to the campaign central body. Once registered, she can then download banners, stickers, flyers, logos and colourful manuals with clear Q&As explaining the benefits of the reform from the pro-referendum website and start battling on her own, going door-to-door to convince swing voters who still haven’t decided what to vote.

Social events are key to this grassroots campaign. Volunteers organise dinners, evening drinks, parties, end-of-day gatherings, concerts and tea sessions during which Italians are invited to share their views, express doubts and debate on what this referendum means for their nation.

“There are no rules. Each committee is free to hold the weirdest events as long as these help to lure voters’ attention, creating social buzz over the reform. We want their imagination to run wild”, says Calvo. During the hot summer months a bunch of volunteers in Italy even came up with the crazy idea of having watermelon-eating contests to promote the “yes” vote.

Foreign-based activists are perhaps even more tireless than those at home. In Stockholm the local campaign committee holds picturesque “Constitutional Coffee” meetings at cafés while in London there are weekly “Aperi-Sì” soirées, “Yes-Aperitif” evenings that link hardcore politics to the pleasure of sipping a beer or Italy’s iconic Apérol Spritz cocktail.

“It’s a chance to rub shoulders with voters after office hours, chilling out together while discussing the reform’s impact,” says Mina Zingariello, who coordinates the Basta Un Sì campaign in the UK where roughly 600,000 Italians are now living. “These social gatherings make the referendum debate more sexy and appealing.”

Mina, who also hands out flyers on Sundays in front of Italian churches in London, says she has has seen a growing interest among her expat compatriots in Renzi’s referendum following Brexit. “People are curious, they want to be informed”, she says. “Italians living in the U.K. think that many British citizens voted to leave the E.U. without having a clear picture of what they were actually voting for. And Italians don’t want to make that same mistake with this referendum.”

Read more: These Are the 5 Votes That Will Matter for the World in 2017

The ‘yes’ campaign will need all the help it can get. Recent polls suggest a tie at the moment between the “yes” and “no” fronts, with the “no” slightly ahead with 3 percentage points. But if the “no” vote does emerge victorious, it would translate into “Renzexit” — as Italian populists, nationalists and far-right parties have already dubbed the potential departure of Renzi from Italy’s political stage.

Were Renzi to resign from office, Italy’s head of state Sergio Mattarella would need to evaluate if there is another candidate supported by the Democrat majority, or another political coalition, willing to step in and run the country until the next general vote in 2018. But if all Renzi’s ministers step-down with him and Mattarella fails in finding an interim government, then an early vote would take place.

This worst-case scenario would translate into a power void of at least 8 to 12 months before a new government is formed, as political parties battle to identify candidates through tedious primaries or strike difficult alliances while putting aside the country’s economic woes. The European Commission last week cut Italy’s growth forecasts for this year to 0.9% of GDP.

Much will depend on swing voters. Many Italians are still skeptic: roughly 26% haven’t decided yet and 14% have not understood what’s really at stake with the referendum. Renzi’s supporters have only weeks left to bring them over to his side. “I’m not sure yet what I’ll vote,”, says Luigi Franco, a Rome-based public employee. He believes the Prime Minister should have gone further, and cleared the Senate out completely. “That would have been a real revolution. He lost a great opportunity”.

One thing’s sure: the December vote is bound to be the second most important referendum in Italy’s history, after the 1946 vote when post-war Italians had to choose between monarchy and republic, explains Sergio Fabbrini, head of the School of Government at Rome’s LUISS University.

“Exactly 70 years ago Italians were called to decide their future. Same happens today: our republic, despite being very young, is badly in need of a restyle. We need to change our outdated constitution that makes governing Italy mission impossible”, says Fabbrini.

But the prevailing trends look bleak for Renzi. Populists in Italy and across Europe – from Germany to Austria, France and the United Kingdom – have defeated the establishment at local and national ballots. Unless he can convince voters that he is the vehicle for real change, Italy’s prime minister could join Hillary Clinton and David Cameron on the list of 2016’s political victims. 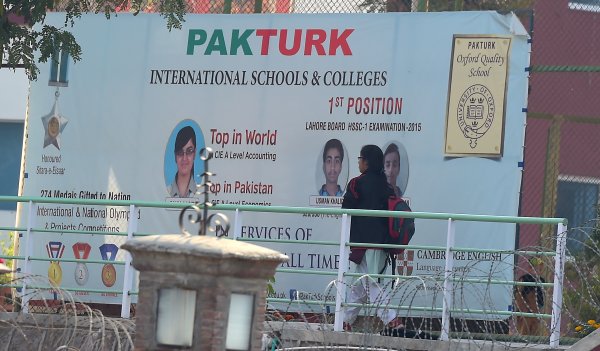 Scores of Turkish Teachers Expelled From Pakistan
Next Up: Editor's Pick