When it comes to screen time for kids, less is more. That’s what the American Academy of Pediatrics has maintained for years, warning that exposing young children to any kind of digital platform, from junk TV to educational apps, could lead to delayed or stunted language development and poorer reading skills. Whether or not people agreed with the AAP guidelines–and many did not–they were nonetheless impactful, driving pediatricians to advise the parents and kids in their care to stay away from screens.

Now, however, the AAP is changing its tune. Whereas the old guidelines offered blanket limits–say, no screen time of any kind before age 2–the new ones, released Oct. 21, are far more nuanced. “You’ll notice a move away from the idea that you can lump all screen time together and label it fun or educational or harmful,” says Dr. David Hill, chair of the group’s Council on Communications and Media. “The ways we interact with screens today are so varied that it doesn’t make sense anymore to start a stopwatch and say, ‘At this point you’re done.'”

At the same time, kids’ having access to so many screens is a relatively new phenomenon, and much of the research surrounding it is inconclusive. That makes it hard for the AAP to say definitively, for example, that playing smartphone games is bad and using educational tablets is good. What its new guidelines make clear, though, is that there are many ways–beyond strict limits–to help your kids have a happy, healthy relationship with technology. Here are a few:

By and large, kids 18 months and younger should be kept away from screens. Any learning at that age “is dependent on interacting with other humans,” Hill says. “So even if an infant is interested in the screen and its lights and colors, the research we have suggests they can’t imbue these images with any meaning.” The one exception: video-chatting with parents and loved ones, especially if they’re away from home for extended periods of time.

For kids younger than 5 but older than 2 years, one hour of well-constructed educational programming, like Sesame Street or Daniel Tiger’s Neighborhood, can be highly beneficial. Still, Hill says, they shouldn’t be watching alone: “It’s better to have a parent involved and reinforcing what’s on the screen.” If your daughter is watching a video about colors, for example, you could watch with her and point around the room at examples of red or blue or yellow objects. “This sort of parent participation and reinforcement makes a big difference when it comes to how much young children take away from these programs,” he says.

3. BE MINDFUL OF OLDER KIDS’ HABITS.

“As children get older, we know whatever media you put in front of them or allow them to be exposed to, they will learn from,” Hill explains. And while there are few hard-and-fast rules when it comes to censoring what middle and high schoolers see, he stresses that parents should “pay attention and decide what’s appropriate,” especially regarding violent and sexually explicit content.

“There are times every day when we need to put down our phones and talk,” Hill explains, citing bedtime and mealtimes as two good examples. Often this shift can be just as jarring for parents as it is for kids–which makes it all the more important to practice what you preach. Ditto respecting others online. “If your kids see you insulting someone or being a troll on social media, they’re going to do likewise,” Hill says. “The Internet is like a small town, and what you do will come back to you.”

“Time spent in front of screens or devices isn’t inherently good or bad,” Hill says. “Like everything else, it’s really about the content and how you engage with it–and setting limits around it–that matters.” 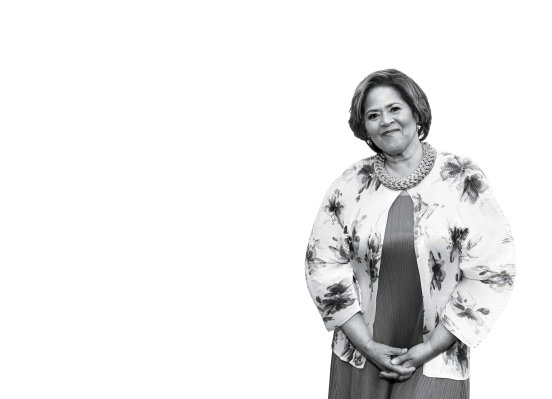 Anna Deavere Smith on Race, Education and Criminal Justice
Next Up: Editor's Pick