Car Racing Is Deadly. This Is How We Keep Drivers Alive

A pack of cars race during the NASCAR Sprint Cup Series Goody's Fast Relief 500 on October 30, 2016 in Martinsville, Virginia.
Daniel Shirey—Getty Images
Ideas
By RJ Valentine
Valentine is a professional racer and the president of Impact Safety Systems.

It wasn’t until the late 1960s, long after the world fell in love with auto-racing in the late 1800s, that three-time Formula One world champion Sir Jackie Stewart spoke out for all the drivers he saw die. Stewart himself witnessed 57 racing deaths between 1963 and 1973, leading him to calculate that if a driver competed for five years, he had a two-out-of-three chance of a crash killing him. Stewart crusaded for improvements in emergency services, seat belts, helmets, runoff areas and crash barriers, which were either nonexistent or mere straw bales, dirt mounds, fences or cement retaining walls. He implored track owners to modernize, rallied driver boycotts. But it would be a long time and many lost lives before—well, still little has improved.

For decades, innovation in crash barriers, which make up roughly a quarter of the racing-safety equation, only went so far as Armco guardrails of steel that pierced cars like knives and were eventually replaced or cushioned by used-tires that themselves scattered, created rebounds into traffic, allowed cars to submarine and, even after just a minor bump, caused flip-overs. There were still catch fences. And, worst of all, walls of concrete. From 1970 through 2000, a database of driver deaths in motorsports documented approximately 70 drivers in open-wheel, sports car, stock, sprint, modified and dragster racing who all died after hitting concrete, tires, guardrails or fences. That’s two fatalities a year directly related to inferior walls. Since 2001, racing luminaries like Ken Buchel, Andy White, Bob Akin, Jason Leffler and Herbert Glenn Jr., as well as many others, also lost their lives to these barriers. This accounting does not include career-ending and life-changing injuries. Still, tracks everywhere—from highly visible to the lower-level circuits—continue to use the same old barricades. This must change.

Right now, the responsibility falls to track owners and race organizers. But they balk at spending the money on new systems. Some deflect by arguing that the racers know the risks. Meanwhile NASCAR, with total annual attendance of about 3.6 million, and the FIA/Formula One, which attracts one of the largest global viewing audiences of any sport, mandated installation of improved barriers, but only in designated problem areas on sanctioned tracks. Still hundreds of other governing bodies that organize and promote series at many sanctioned venues don’t enforce barrier statutes, even though their most important role is to establish the rules for each type of racing. NASCAR drivers in particular have become more vocal about the need for barricade-system reform. Yet it’s often downplayed—by ignoring the outspoken individuals risking not just the label of “troublemaker” but their sponsors and careers—when it should be made a requirement.

Yes, racing is dangerous by nature. But the cars keep getting faster. The competition has become more aggressive. All while the barriers remain the same. Entertaining spectators by hitting a rigid, unforgiving wall going 160 to 200 mph and suffering injuries, or worse, is not what professional drivers are paid to do.

As recently as July, Dale Earnhardt Jr. surprised the racing world when he dropped out of a major event citing concussion-related symptoms from multiple hard crashes. Blunt force trauma is the top cause of racing deaths—as well as debilitating concussions, which still occur despite seatbelt and helmet improvements, because drivers continue to hit unprotected, dangerous barriers.

This is the case even though in 2002, NASCAR deployed Steel And Foam Energy Reduction (SAFER) barriers, also called “soft walls,” in response to outrage following the death of Dale Earnhardt Sr. They were developed by NASCAR at its research facility. Although the barriers have contributed to saving lives and limbs, installation is cost-prohibitive, the required steel tubes are difficult to procure and, because it was designed for oval speedways, the structure isn’t compatible with all track areas or types, namely road courses. Racers have repeatedly demanded SAFER barriers around every track. It simply isn’t possible. Even if it were, it would take many more years and millions of dollars to implement. There are over 1,300 auto racetracks in America alone. Less than 30 employ SAFER barriers—and even those still have plenty of unprotected concrete.

It’s not just the pros. A fast-growing segment of amateur racers that could reach an estimated 100,000 participants in 2016, based on projected event attendance, who now organize clubs and host track days at the very same dangerous venues as pro circuits. They don’t use, or may not have access to, the same high-tech safety equipment as pros, leaving them even more vulnerable.

The key to increasing driver survival is to provide a buffer that absorbs the energy of an impact and disperses it. This should be the first line of defense, by providing enough safe deceleration to avoid hitting the last line of defense—hard walls. In higher-impact areas where multiple life-threatening crashes have occurred or at notoriously treacherous turns, there should be two or three rows of buffer barriers before concrete or Armco or a combination of the two. The buffer barriers should adjust to different configurations, provide varying levels of resistance at strategic points, and adapt to any layout, curve, corner or angle. They can also be used to fill voids SAFER barriers aren’t able to accommodate, such as curves, tight angles or on road courses. Above all, buffer barriers must withstand high-speed hits with minimal deformation, resulting in less damage to cars and their drivers.

Tough criteria, but these types of barrier solutions do exist and, as even as I write this, are being proven at some very high-profile tracks. Two such examples happen to be created by professional racers. In the U.S., I developed at Impact Safety Systems a composite polyethylene barrier with adjustable ballast capability called ProLink, which is installed at Thompson Motorsports Park, The Thermal Club, Inde Motorsports Ranch and other locations. TechPro Barriers, another polyethylene system that also incorporates steel, foam and nylon straps, was engineered in France by Rafael Galiana in collaboration with the FIA and DEKRA, and is deployed primarily at international Formula circuits.

The real challenge with track owners is convincing them that a buffer barrier system can also be affordable, portable and profitable. And there are reasons: Tracks don’t always take in to account the immense cost of time and labor required to install or maintain cement, Armco or tire walls. Nor do they typically factor in losses resulting from lengthy race delays or cancellations caused by crash debris or extensive repairs that prevent resuming the race. And they may not realize they’re missing revenue-generating opportunities because tire walls and other old-school barricades don’t lend themselves to advertising displays or sponsor banners. Just by raising safety measures, tracks also benefit from lower insurance rates. But even when buffer barriers meet all of the above requirements, tracks will only consider them if the total cost is less than tire walls or other traditional barrier systems—which is entirely plausible. Depending on the complexity of the track design, some buffer barriers cost as little as $76 per linear foot including labor and installation, versus tire walls at roughly $289 per linear foot or $89 if the used tires are free. All of that is to say: It can be done—if we demand it.

Motorsports will never be completely safe. But the biggest risks are known, and solvable. Racers—in professional and amateur competitions alike—deserve to be as safe as possible while doing what they love. 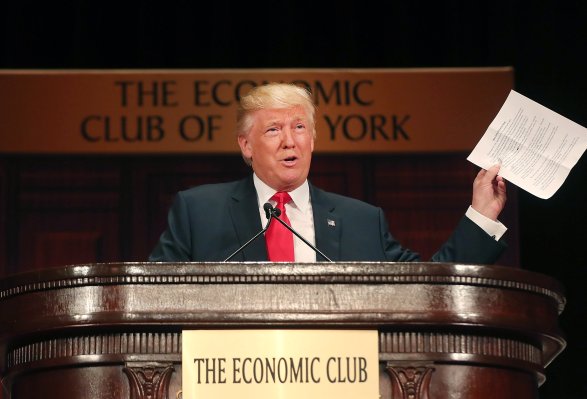 370 Economists: 'Do Not Vote For Donald Trump'
Next Up: Editor's Pick