The interview with Obama, who “wore a flattering wool suit paired with sensible leather flats” to the pre-taped interview, according to the release from TBS, comes amid the President’s campaigning on behalf of Democratic nominee Hillary Clinton.

“It covers a range of topics, from the 44th president’s legacy to the challenges the new Commander in Chief will face when she takes office in January. (Yes, “she.” Spoiler alert.)” the release said.

The conversation follows interviews by Bee of female leaders from around the world, including one with former Secretary of State Madeline Albright, which aired on Monday’s Full Frontal.

“Talking to Secretary Albright was especially inspiring,” Bee said in the release. “I hope to interview other former Secretaries of State in the very near future.” 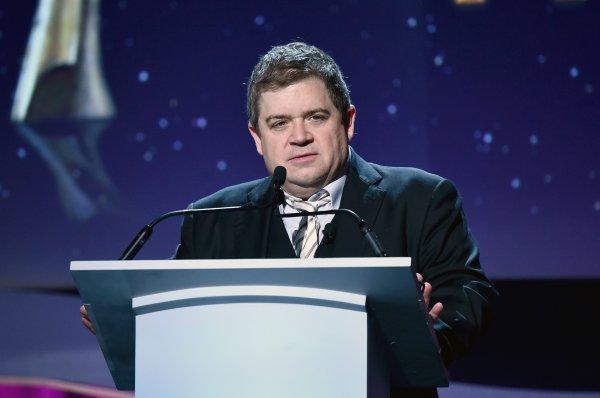 Patton Oswalt Discusses Mourning His Wife Michelle McNamara: 'Grief is an Attack On Life'
Next Up: Editor's Pick