Patton Oswalt knows depression, and now, after his wife, Michelle McNamara, died in April at age 46, he knows grief, too. “Depression is more seductive,” the comedian told The New York Times in a profile published Wednesday. “Its tool is: ‘Wouldn’t it be way more comfortable to stay inside and not deal with people?’ Grief is an attack on life. It’s not a seducer. It’s an ambush or worse. It stands right out there and says: ‘The minute you try something, I’m waiting for you.’”

Since her death, Oswalt’s tried to keep busy by returning to standup — he’ll debut a new hour Nov. 3 at the New York Comedy Festival — and working on McNamara’s unfinished book about the Golden State Killer. Of returning to the stage, he says it feels like “a rebuke to grief, an acceptance of the messiness of life. I’ll never be at 100 percent again, but that won’t stop me from living this.”

But he also makes it clear that there is no cure to grief — and even his favorite comic books fail to portray that. “If Bruce Wayne watched his parents murdered at 9, he wouldn’t become this cut hero. He would become Gotham’s most annoying slam poet,” Oswalt said. “How about someone dies, and they just get fat and angry and confused? But no, immediately, they’re at the gym.”

Oswalt has previously spoken about his relationship with grief, like in an August Facebook post where he described it as “Jason Statham holding that 4th grade bully’s head in a toilet and then f—ing the teacher you’ve got a crush on in front of the class.

“I’m going to start telling jokes again soon,” he wrote. “And writing. And acting in stuff and making things I like and working with friends on projects and do all the stuff I was always so privileged to get to do before the air caught fire around me and the sun died. It’s all I knew how to do before I met Michelle. I don’t know what else I’m supposed to do now without her.” 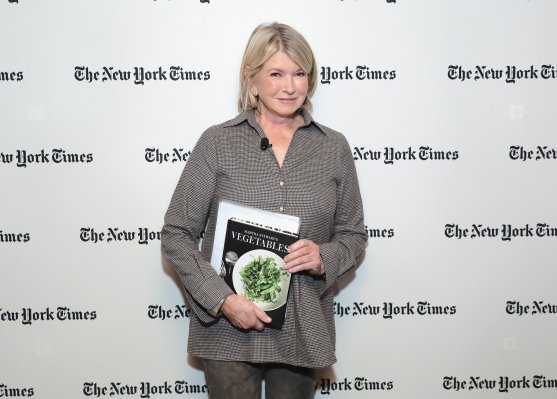 Martha Stewart Gets Candid About Texting Habits on 'Ellen'
Next Up: Editor's Pick