This year’s presidential election has brought us some of the best political sketches in comedy, but before there was Kate McKinnon’s Hillary Clinton or Alec Baldwin’s heavily tanned Donald Trump, there was Will Ferrell’s legendary depiction of George W. Bush.

Lest we forget Ferrell’s Bush impression amid the fever pitch of this election, Ferrell brought back his impersonation of “Dubya” for an appearance on Comedy Central’s Midnight. Ferrell’s Bush also came with a message of warning for his cousin, Billy Bush, who’s made headlines recently for a tape of him and Donald Trump having an lewd conversation.

“I’d like to say something about my cousin Billy Bush,” Ferrell-Bush said. “He’s been in the news a lot lately, him and that disgraced pumpkin Donald Trump, talking on that bus. I just want to say one thing: We Bushes don’t act like that. We have standards, and we’re raised a certain way. We would never, under any circumstances, ride a bus.”

Ferrell-Bush also suggested that Donald Trump’s antics have actually worked in favor of his legacy as president.

“Even I forgot how I invaded Iraq over [weapons of mass destruction] that weren’t there,” he said. “I destabilized an entire region, Chris, but no one seems to care anymore. Thanks to the bozo Trump, folks have forgotten about how I tanked the economy, or I didn’t get Bin Laden. Heck, you know, Kanye West even said I hated hurricanes. All forgotten now.” 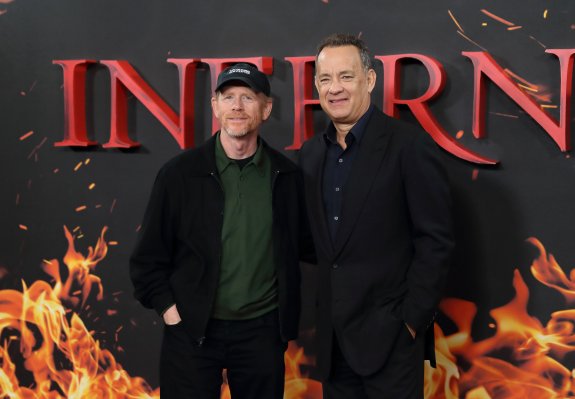 Ron Howard Recreates Tom Hanks's SNL Impression of Himself
Next Up: Editor's Pick