In this file photo, Joaquin "El Chapo" Guzman is escorted to a helicopter in handcuffs by Mexican navy marines at a navy hanger in Mexico City on Feb. 22, 2014
Eduardo Verdugo—AP
By Feliz Solomon

The wife of Mexican drug lord Joaquin Guzman says she fears for her husband’s sanity as masked guards watch his every move in a cell near the Texas border in Mexico.

Emma Coronel Aispuro, Guzman’s wife and the mother of his twin children, has filed a complaint with Mexico’s national human rights commission over what she claims is inhumane treatment, UPI reports.

In her statement to the commission, Coronel said the constant surveillance and poor treatment of her husband were causing “imminent and irreparable … physical, psychological and moral damage.”

“Joaquin Guzman does not want a five-star hotel, he doesn’t want a spa, he just wants to be treated like a human being,” Rodríguez said. Guzman has reportedly made several allegations of mistreatment, and has complained of becoming a “zombie” from lack of sleep.

The notorious drug lord, known as “El Chapo,” oversaw a sprawling cartel that dominated the illicit drug market in the U.S. He was captured in his home state of Sinaloa in January after escaping from two maximum security prisons.

Guzman is wanted on charges of drug trafficking in several U.S. states, and the Mexican government says it plans to extradite him by February, according to the BBC. 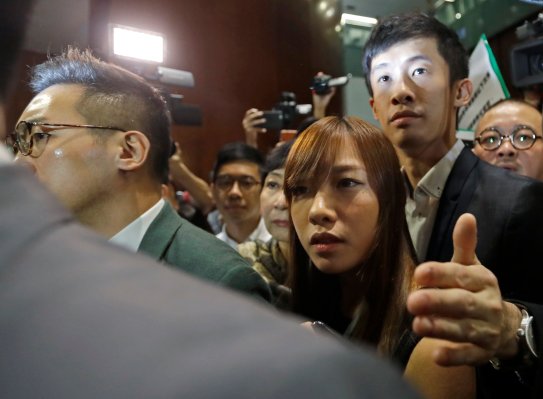