Ice Cube wants some more. The rapper, actor, and filmmaker is teaming up with Disney to develop a modern-day musical film inspired by the Charles Dickens classic Oliver Twist, EW has confirmed.

The live-action project, which does not currently have a title, will be set in present-day America and feature a combination of musical styles.

Tommy Kail, the Tony-winning director of the Broadway hit Hamilton, is in negotiations to helm the movie, and Marc Platt and Jeff Kwatinetz are producing.

Dickens’ tale of a scrappy young orphan who gets mixed up with a gang of thieves in 19th century London has been adapted to the big screen several times over the years, perhaps most notably as the Oscar-winning 1968 film Oliver! (based on the popular stage musical). Disney previously tackled the story via the 1988 animated film Oliver & Company and a 1997 TV movie starring Richard Dreyfuss and Elijah Wood.

Cube recently produced the N.W.A. biopic Straight Outta Compton and the comedies Ride Along 2 and Barbershop: The Next Cut, while also starring in the latter two films. He’ll next be seen in Fist Fight. Kail’s other directing credits include the stage musical In the Heights (from Hamilton creator Lin-Manuel Miranda) and Fox’s Grease: Live TV special. 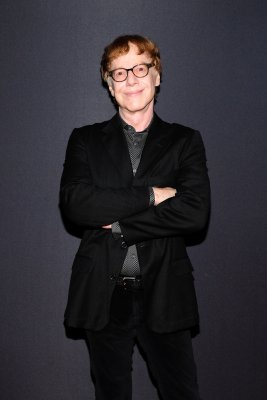 Danny Elfman on the Surprisingly Lasting Afterlife of The Nightmare Before Christmas
Next Up: Editor's Pick