Globalization is under unprecedented attack. From anti-migrant fury in Europe to Brexit to the rise of Donald Trump, opposition to the flow of people, money, goods and services is on the rise across many of the world’s wealthiest states. But what does that mean for countries where trade and foreign investment continue to fuel growth?

In many ways, Singapore is globalization’s most obvious success story. A trading hub for centuries, this island city-state—with a population of close to six million people covering an area about half the size of Lexington, Kentucky—sits at the mouth of the Strait of Malacca, the passageway through which one third of the world’s sea-borne traffic passes every day. Singapore is part of 20 free trade agreements and has 31 trading partners. Despite a lack of natural resources, it has become one of the world’s wealthiest countries per capita. Unemployment hovers at about 2 percent.

Read More: The Full Transcript of the Interview with Lee Hsien Loong

Singapore’s planners have worked hard to marry Eastern culture and Western business practices, and it’s now the world’s third-biggest financial center, behind London and New York. Foreign companies looking to set up shop in Asia want a base that provides access to all of Asia’s power economies without over-reliance on any of them, and Singapore has done well by offering many of these companies a home. China, Japan, India, Indonesia and the United States all have good reason to do business there. There are no local oligarchs afraid of foreign competition with the political muscle to force the government to build trade barriers. This island remains open for business.

It may not be measurable, but Singapore also has the world’s highest per-capita sophistication about international politics, and its people are well aware of the anti-globalization storm gathering strength in the West. The nation’s continued success depends on its ability to diversify commercial partnerships and to avoid over-reliance on any one relationship. In Asia, that means cultivating strong relations with the U.S. to ensure that lucrative trade and investment ties with China don’t create a dangerous dependence on Beijing’s whims.

Singapore’s economic dynamism is built atop a foundation of political stability. Lee Hsien Loong is only the country’s third prime minister since independence in 1965. Like his predecessors—including his father, Singapore’s founder Lee Kuan Yew—he’s a talented and far-sighted defender of his country’s interests, and he told me during a recent interview that he’s becoming concerned about anti-globalization anger in the United States and its implications for his region. He’s also worried that Washington is losing ground in Asia.

A short-sighted U.S. effort to prevent allies from becoming members of the China-led Asia Infrastructure Investment Bank and worsening U.S. relations with President Rodrigo Duterte of the Philippines are worrisome signs. But Washington’s failure to approve the Trans-Pacific Partnership, an enormous trade pact with 11 other nations (including Singapore), is the most serious longer-term problem for America’s place in Asia. “The one big thing you’ve done is set up the TPP. It shows that you’re serious, that you’re putting a stake here which you have an interest in upholding. And now you can’t deliver on the TPP,” Lee lamented.

Singapore is now stuck between a rock and a hard place. “The Chinese go around with lollipops in their pockets. They have aid, they have friendship deals, trade is an extension of their foreign policy. [Americans] don’t do these things,” Lee told me. The U.S. presidential election campaign has compounded his concerns. “Maybe Americans feel they don’t need the rest of the world anymore, and they wish it would go away. We don’t have that option,” Lee warned.

Singapore needs to protect its good relations with all sides. Unlike many of its neighbors, Singapore doesn’t need China’s cash, but it certainly needs trade and investment. And it needs the U.S. and China to co-exist in Asia for the benefit of all. “The Chinese are convinced that you’re trying to slow their growth, and you’re convinced they might do something unpredictable. How do you overcome that? It has to happen at the top,” the prime minister insisted.

The good news? “Hillary Clinton knows all this,” said Lee. “As Secretary of State, she worked very hard for Southeast Asia.” This gives him hope that a new U.S. president can reverse the retreat of American influence. But that will depend—at least in part—on who wins on Nov. 8. 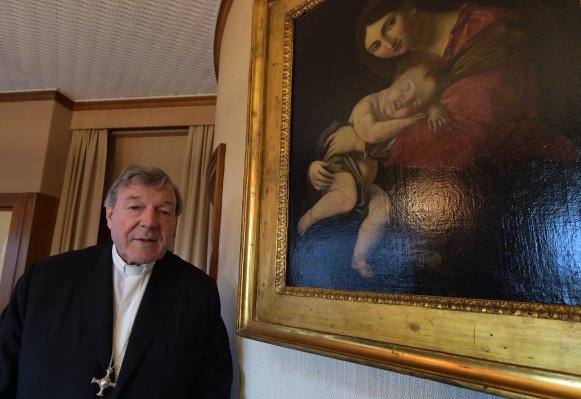