Being Donald Trump’s campaign manager is no easy feat. Just ask Kellyanne Conway, who is the third person to attempt this position in the GOP’s presidential run. Conway, who juggles being a mother of four, the election, and damage control, opened up in a recent interview with CNN about her experience not only as Trump’s right hand, but also as a powerful woman in the Republican party.

The first woman in this role for a Republican nominee, Conway explained to CNN that she “wasn’t hired” because she’s a woman. “I want to do right, apart from my gender — I want to do right as a campaign manager.”

After Trump’s Gettysburg speech, where he went off script, Conway revealed she was harsh with the candidate and bluntly told him, “You and I are in a fight for the next 17 days.”

But even as more and more women come forward and accuse Trump of sexual misconduct, Conway remains loyal to Trump, and is steadfast in her belief that the allegations against her boss are “lies and fabrications.” She also believes the first-time politician still has a chance at winning.

Conway, however, has experienced her fair share of sexism as a Republican pollster who happens to be a woman. The New Jersey-native, who was raised by a single mother, admitted, “Republican politics can sometimes feel like you’re walking into, you know, an Elks Club or bachelor party.” Conway even pushed back against a potential client who had questions about whether or not she could balance work with her home life. She told CNN, “It’s like, ‘I just hope you ask all the male consultants. Are you going to give up your weekly golf game and your mistresses?’ Because they seem really, really busy too.” 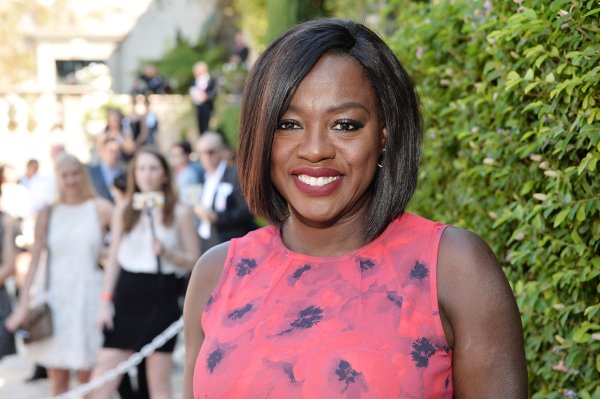 Viola Davis Isn't Afraid of Embracing Her 'Imperfections'
Next Up: Editor's Pick