Shirlene Quigley, a 32-year-old backup dancer who has performed with some of the most recognizable singers in the world, including Beyoncé, Rihanna, Missy Elliott and Jamie Foxx, has gone missing.

Rihanna took to Instagram on Monday, posting a video of Quigley and pleading for anyone who has seen her to notify the North Bergen Police Department in New Jersey.

Quigley was last seen getting on a bus at the Port Authority Bus Terminal in New York City around 1 a.m. on Sunday.

“This beautiful soul, and former dancer of mine is MISSING!!! My heart aches thinking of how heavy this is on all who love her! If anyone has seen of has any information on @shirlenequigley’s whereabouts…..PLEASE CONTACT the North Bergen Police Department 201 392 2100!!!!”

In the video, Quigley speaks to the camera about being kinder to one another.

“Imagine if we treated each other like we all really came from the same family,” Quigley says. “I know people probably think I’m crazy because I’m always telling everyone ‘I love you! I love you!’ Because the minute that I meet somebody I do love them because I know in my heart and in my spirit that that’s my brother and my sister, that’s my neighbor.”

“If I make a connection, a relationship whether it be one minute, one year or the rest of my life, if you are in my life, I love you,” she adds.

Elliott also took to Instagram on Monday, urging people to call police in New Jersey with any information and saying that Quigley was wearing “a pink jacket and 3-4 inch heels” when she went missing.

Quigley lives alone in North Bergen, New Jersey and teaches dance at Peridance Capezio Center and Broadway Dance Center in Manhattan, according to her father who spoke to NBC New York.

The dancer normally calls her father every day around 6 p.m., but he became concerned when he hadn’t heard from her.

Police later found her phone at a bridal store in Chelsea, New York. Quigley’s father said his daughter made a strange comment to her friend recently, such as “Get ready, it’s about to happen and I’m going to need you to sub for me.”

Quigley’s dance career took off when she was featured as a dancer in Beyoncé’s 2003 “Crazy In Love” music video. She’s also performed in Rihanna’s “S.O.S.” music video and danced in several of her shows.

Anyone with information may call the North Bergen Police Department at 201-392-2092. 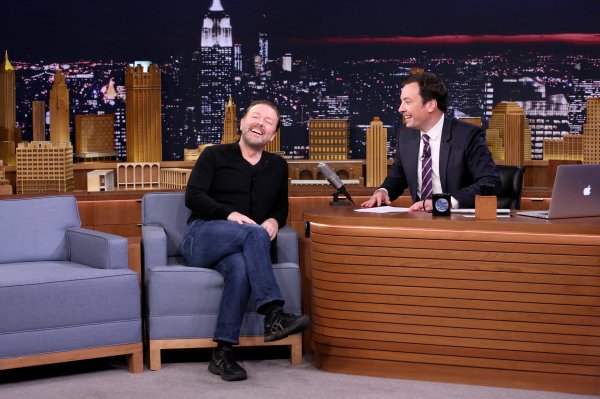 Ricky Gervais Tells Jimmy Fallon Which of the Seven Dwarves He'd Be
Next Up: Editor's Pick