Why the Heathrow Airport Expansion Affects Everyone

The expansion of London’s Heathrow Airport, the U.K.’s biggest, was given the go-ahead to proceed by the British government on Tuesday morning, with an estimated cost of £18 billion ($22 billion).

Plans to build a third runway have been discussed for at least 13 years, but were finally given the green light on Tuesday, with supporters arguing that a single hub airport is vital for connecting the U.K. to the rest of the world. Local residents, however, are furious at the decision.

The impact of the airport’s expansion will be felt far beyond the parcel of West London where the airport sits, however. Various charities and campaign groups such as Greenpeace, the World Wildlife Foundation (WWF) and Friends of the Earth, have all cited concerns about the environmental impact of a new, two-mile runway.

In a statement released by Greenpeace called The Case Against Airport Expansion, it says the expansion will mean Heathrow becomes “the biggest single source of carbon dioxide in the U.K.,” locking the country “into a high carbon path, when the science is telling us we need to rapidly shift to a low carbon economy”. The airport, which handled a record 73.4 million passengers in 2015, is already responsible for more CO2 from international flights than any other airport in the world.

As well as having an environmental impact in the U.K., these effects will be felt globally. As a greenhouse gas, CO2 is contributing to the raised temperature of the surface of the Earth, which could have disastrous consequences with time, including rising sea levels, more extreme weather, devastating effects on agricultural productivity and the depletion of the ozone layer.

“From an increase in devastating flooding in Britain, to wildfires in Indonesia and more hurricanes hitting the Caribbean – climate change affects everyone’s lives, but hits the most vulnerable communities hardest”, wrote Caroline Lucas, the co-leader of England and Wales’ Green Party, in a comment piece.

Only around 5% of the world’s population flies at all, but these impacts of climate change affect everyone – particularly those from poorer communities in the global south, who are significantly less likely to ever set foot on a plane.

In addition to emitting carbon dioxide, non-CO2 impacts from aviation such as water vapour and nitrogen oxides have a unique climate impact when released at altitude. “Water vapour emitted by planes can contribute to the formation of contrails which have a net warming effect, and, where these are persistent, can contribute to the presence of additional cirrus clouds,” reports the Aviation Environment Federation (AEF).

“There are no two ways about it; this is a disastrous decision for the people of the south east, London, Britain, and the planet,” said Keith Taylor, a Member of the European Parliament from the Green Party. “We can’t keep giving the green light to climate-wrecking activities such as more flights and fracking,” added Friends of the Earth’s head of campaigns Andrew Pendleton.

Although many other sectors are shifting to renewable power, according to the AEF there are few commercially scalable options for ‘decarbonising’ aircraft in the near future: biofuels are predicted to only make up 2.5% of aviation fuel for flights using U.K. airports even by 2050.

In short, even though Heathrow‘s expansion is not set to be completed until 2026 at least, it will have a clear environmental impact that will affect the whole world, and not just the U.K., from as soon as the building work begins. 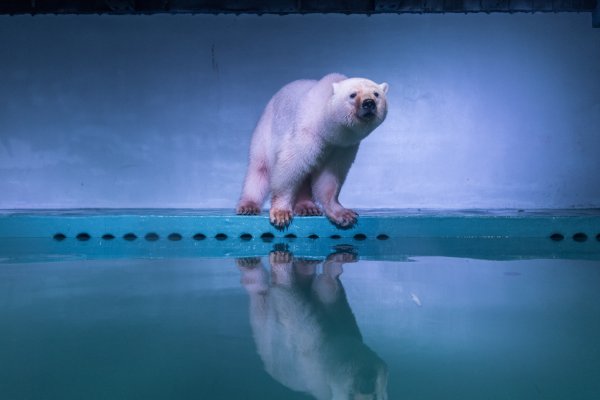 No Change in Living Conditions For "World's Saddest Polar Bear"
Next Up: Editor's Pick