The Parents Television Council was not pleased with the season 7 premiere of The Walking Dead, saying the episode was too violent for families to watch.

“Last night’s season premiere of The Walking Dead was one of the most graphically violent shows we’ve ever seen on television, comparable to the most violent of programs found on premium cable networks,” council president Tim Winter said. “It’s not enough to ‘change the channel,’ as some people like to advocate, because cable subscribers – regardless of whether they want AMC or watch its programming – are still forced to subsidize violent content. This brutally-explicit show is a powerful demonstration of why families should have greater control over the TV networks they purchase from their cable and satellite providers.”

The premiere episode shocked fans by gruesomely killing off two of show’s favorite characters. Glenn (Steven Yeun) and Abraham (Michael Cudlitz) are seen beaten to death with a baseball bat wrapped in razor-wire in a scene people found devastating and gross.

Winter, who only saw video clips of the episode, told The Hollywood Reporter that the TV-MA rated episode pushed its boundaries.

“When you look at the definition of MA and what content of the show is, it’s unquestionable they chose what best represented the content,” he said. “This certainly raises question of if there should be an even more severe rating than TV-MA.” 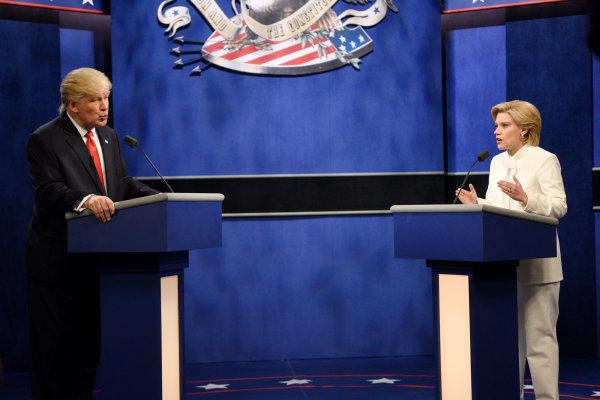 See How SNL's Third Presidential Debate Parody Compares to the Real Thing
Next Up: Editor's Pick