Republican presidential nominee Donald Trump dismissed yet another woman who has accused him of making an unwanted sexual advance, calling the adult-film actress a liar during a New Hampshire radio interview.

“These are stories that are made up, these are total fiction,” Trump said on “New Hampshire Today.” The audio was published on CNN this afternoon. “It’s all lies, it’s all lies. It was made up.”

During a press conference on Saturday actress Jessica Drake said Trump had once grabbed her, kissed her and invited her to his hotel room during an encounter about 10 years ago. Trump addressed the accusation on Monday.

Trump has been increasingly under fire over interactions with women in the wake of the release of a recording of the former reality-television star bragging about groping women as he pleases. The candidate has continuously denied the claims as more and more women have come forward to say Trump has done things similar to what he spoke about on the tape. 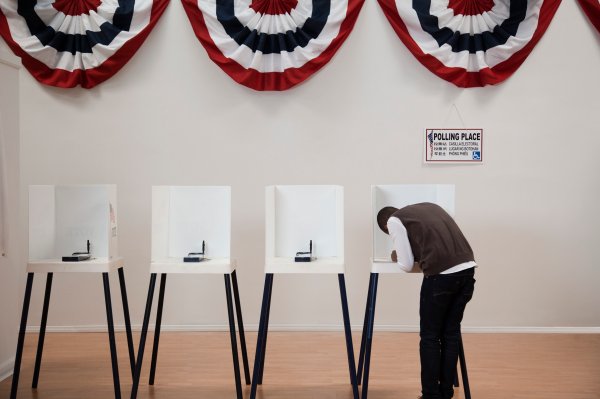 Why Trump's 'Ballot Watchers' Might Be Illegal
Next Up: Editor's Pick