Manchester by the Sea is, at times, a difficult movie to watch. The drama about a Boston custodian who returns to his coastal hometown to care for his teenage nephew confronts the reality that sometimes things can never go back to the way they were and we can never quite become the people we wish to be. But Kenneth Lonergan’s new movie, which hits theaters Nov. 18, also acknowledges the thin line between crying and laughing. Even the darkest moments are illuminated by pinpricks of light stubbornly forcing their way into the room.

In this exclusive clip, Casey Affleck, who plays taciturn janitor Lee Chandler, and newcomer Lucas Hedges, who plays his nephew Patrick, discuss the fate of Patrick’s late father’s boat with a family friend and business partner (C.J. Wilson). Though they are, in concrete terms, talking about a boat, they’re also talking about the future: Will Lee make Patrick relocate away from his friends, halfway through his high school career? Will Lee be able to live up to his brother’s dying wish that he become Patrick’s guardian?

Affleck, whose performance has generated Oscar buzz since the movie premiered at Sundance in January, plays a pained soul who might find relief if only he could find a way to open a pressure valve and share his burden. Hedges, meanwhile, brings levity and anguish in equal measure. His sexual conquests and basement band practice get as much attention as his grieving process—perhaps because, in truth, grieving is messy and nonlinear, and those things are a part of it.

With Michelle Williams as Lee’s ex-wife Randi and Kyle Chandler, in flashbacks, playing Lee’s brother Joe, Manchester by the Sea is a story about finding a way forward without roadmap or instruction manual. As Affleck says in the clip, as good a tagline as any for the film: “We don’t know exactly what we’re doing.” 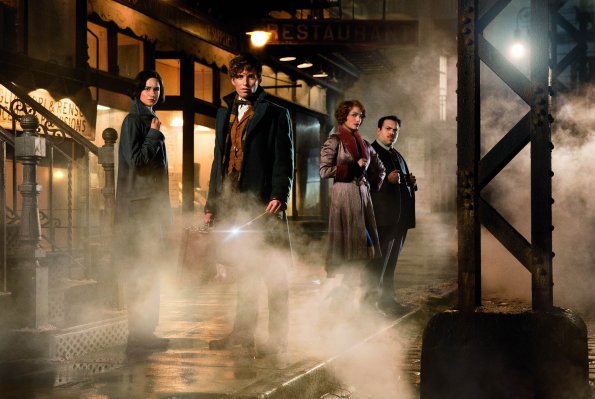 J.K. Rowling Shut Down a Fantastic Beasts Sequel Rumor
Next Up: Editor's Pick