Mexican President Enrique Peña Nieto stands by his decision to host Republican presidential nominee Donald Trump for a meeting a couple months ago, but admitted Sunday the visit could have been better executed.

“Could we have done things better? Maybe yes, admittedly. I think that this genuine interest to bring about a meeting to take care of Mexico’s interests, I think, could have been done in a better way,” Peña Nieto said in an interview.

The controversial August visit was viewed negatively by many in Mexico given Trump’s harsh criticisms of the country and its people, including his vows to build a border wall and nix trade deals with Mexico. While in Mexico Trump was reserved, but once back on U.S. soil he reiterated his belief that he would be able to force Mexico to pay for his proposed border wall.

Peña Nieto invited both Trump and Clinton to visit, but the Republican nominee was the only candidate who accepted. After the visit, Peña Nieto’s finance minister Luis Videgaray was forced to resign, Reuters reports.

“At the end of the day, it’s all about ensuring the best interests of Mexico, even if it could be very controversial, as it turned out to be,” Peña Nieto said. 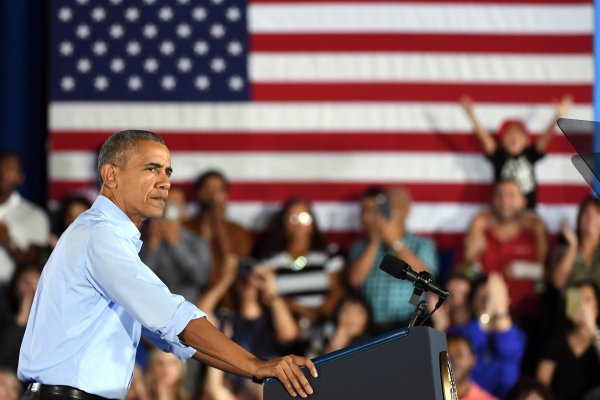 Obama Takes Aim at Republicans for Sticking By Trump
Next Up: Editor's Pick