'Like Something Out of a Horror Movie.' Man Killed by Flesh-Eating Bacteria

A 67-year-old man died four days after contracting a flesh-eating bacteria infection in a Maryland bay through a cut in his leg.

Michael Funk was washing crab pots in Ocean City when a strand of the Vibrio vulnificus bacteria infected him on Sept. 11, causing him to feel sick and seek attention at a local hospital. He was soon flown to a Baltimore shock trauma hospital where his leg was amputated and he died on Sept. 15, according to the Daily Times of Salisbury, Md.

“It’s like something out of a horror movie,” Marcia Funk, his wife, told the Daily Times. “I really feel they kept it quiet because it’s a tourist resort.”

She said doctors diagnosed his case of vibriosis immediately, but the infection moved too quickly to do anything. The flesh-eating bacteria had entered his bloodstream, causing ulcers and lesions throughout his body.

The Maryland Department of Health and Mental Hygiene is investigating the incident, though officials have not released a public advisory about the bacteria found in the Assawoman Bay. Vibrio vulnificus is very rare but can be found in warm, salty waters, the Washington Post reports. 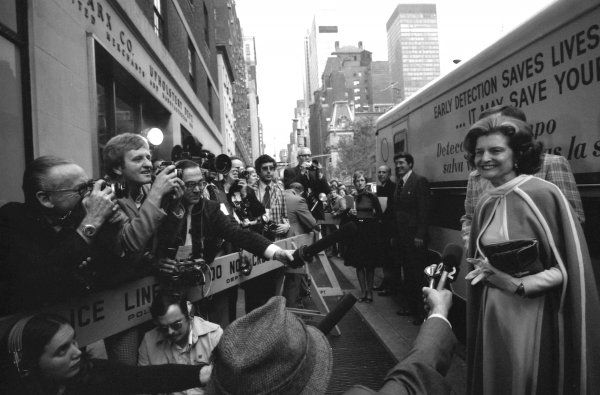 This Is What Breast Cancer Activism Looked Like Before the Pink Ribbon
Next Up: Editor's Pick