For over six months, Walking Dead fans have been waiting to find which of their beloved characters would be meeting their demise at the hands of Negan and his baseball bat in the season 7 premiere. Little did they realize they would be forced to mourn two victims.

Just as in the comic on which the TV show is based, Negan bashed in the brains of Glenn Rhee (played By Steven Yeun). But unlike the comic, there was another victim, and that victim was none other than Abraham Ford (Michael Cudlitz).

Right after the premiere, showrunner Scott M. Gimple and creator Robert Kirkman appeared on Talking Dead and said they first came up with the idea of what would happen around two years ago.

“I think the hardest thing about it was thinking while starting the script, ‘Well, what would break Rick?’” said Gimple on the show. “It was all in the book, in issue 100. But looking for a way to break the audience too. Not in a way that is in any way to hurt them, but for them to believe that Rick Grimes would be under the thumb of Negan. That he would go through an experience that would do that to him. That the audience would go through the experience too, so that they would believe that Rick could do what this guy says.”

That refers to Rick almost going to the point of cutting off his son’s arm, until Negan stopped him. “There were a lot of variations of that that were discussed, and, you know, we’re not ruling it out for the future,” joked Kirkman.

Kirkman also weighed in on the importance of the double murder. “I think more than anything, the introduction of Negan, as heartbreaking as it is and as gut-wrenching as it is, was really to just set the stage in a way of saying, you know, this show, this story isn’t going anywhere,” said Kirkman. “We still have a lot more to do. We’re setting the stage for a lot more to come. There is so much that comes out of this scene that has to be resolved. We felt like, as many years as we’ve been doing this, we wanted to send a clear message that we are just getting started and there is a lot that is going to be coming from this.”

That sounds an awful lot like a warning. Then again, how much worse can things get? According to Gimple, we will get something of a breather next week. “It’s actually funny after the episode you just saw,” said Gimple about the Oct. 30 installment. “There’s a tiger. There is King Ezekiel. And that begins a season where we see all these different worlds, all these different characters. We see these characters that remain trying to put together the pieces, trying to go on. And there’s a big story for Abraham!” (We’re pretty sure he’s joking on that last point — unless Rick is going to start having visions of dead people again.) 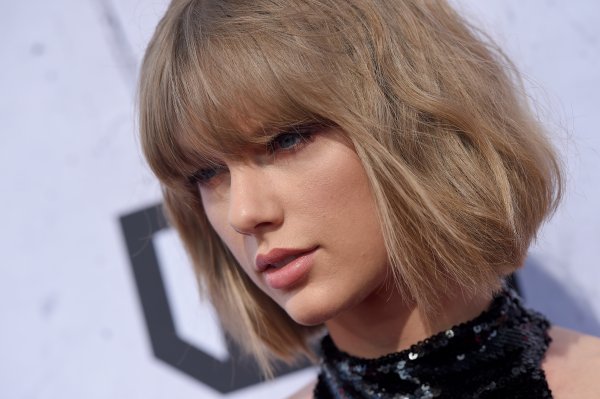 Taylor Swift’s Deposition Against Radio DJ Has Been Released
Next Up: Editor's Pick