A letter from the country’s Cabinet to immigration officials, made public over the weekend, also warns that planes with him aboard will be forced to turn around and leave, according to local news site the Khmer Times.

Sam Rainsy, President of the opposition Cambodia National Rescue Party (CNRP), has been in self-imposed exile in France since late last year.

He is wanted on criminal defamation charges dating back several years — widely viewed as politically motivated — but had nonetheless resolved to return to Cambodia in time for general elections slated for 2018.

Speaking from his home in exile in France on Monday, Rainsey told TIME that banning his return was unconstitutional and in violation of international law, claiming that the move was “proof” that the charges against him were intended to prevent him from participating in the electoral process.

“Firstly, the measure against me is totally illegal,” says Rainsy, on the grounds that he is a Cambodian citizen. “I must not and I cannot be barred from coming back to Cambodia. This is a fundamental right of citizens.”

The fact that the government decided to bar his entry instead of seeking his extradition on a criminal offense “shows that the sentences handed down on me were politically motivated,” he says. “It is crystal clear now that they just want to discard me from the electoral process, meaning that they fear my presence.”

Due to Cambodia’s Westminster-style parliamentary system, Rainsy’s absence from the polls would leave his opponent, ruling strongman Hun Sen of the Cambodian People’s Party (CPP), unchallenged in his bid to retain the role of prime minister. The CPP could not be reached for comment on Monday.

A leading human-rights lawyer, Sok Sam Oeun, said the ban could lie in a legal “gray area” because of Sam Rainsy’s dual nationality as both French and Cambodian. If authorities viewed him as French, he tells TIME, “the government has the power to ban any [foreign] person who can cause harm to the country.” However, his Cambodian citizenship should protect his freedom of movement, Oeun said.

Kingsley Abbott, senior international legal adviser at the International Commission of Jurists, said the measure was “a clear violation” of the country’s constitution and international law.

“Its also further discredits Cambodia’s claim at the U.N. Human Rights Council last month that no political tension exists in Cambodia,” he added, “and flies in the face of repeated calls by the international community for both parties to work together productively in advance of the upcoming elections.” 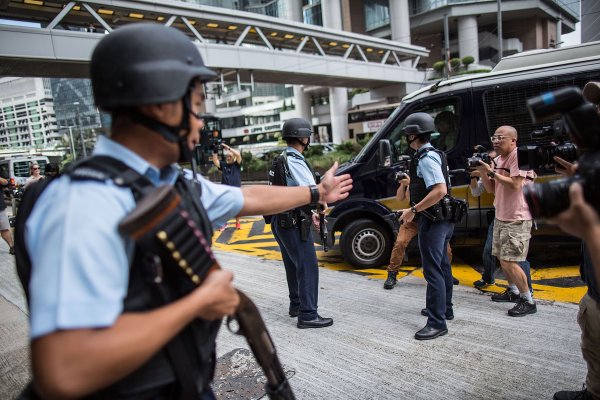