Monday marks the 384th birthday of Antoni van Leeuwenhoek, credited with being the first microbiologist.

While he might not be a household name today, the Dutch textile salesman ground and polished his own lenses, and was the first human to discover the existence of bacteria, single celled creatures, and spermatozoa.

Working from his dwellings above a marketplace in the Dutch city of Delft, his home-made lenses were so finely constructed that some of the organisms he discovered were not seen again for another century.

Doodle designer Gerben Steenks says, “I chose to make it an animated Doodle to show the ‘before and after’ experience that Antoni van Leeuwenhoek had — looking through a microscope and seeing a surprising new world.”

Van Leeuwenhoek wrote in a letter to the Royal Society of London that he had seen “little animals” in lake water he had collected for his first microscopic experiment. “He saw a whole world in a drop of water,” writes Google. 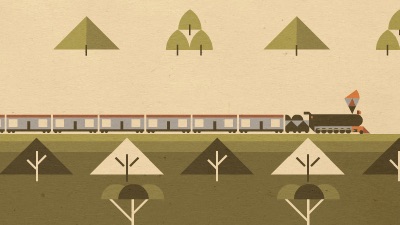 Google Doodle Celebrates 100 Years of the Trans-Siberian Railway
Next Up: Editor's Pick